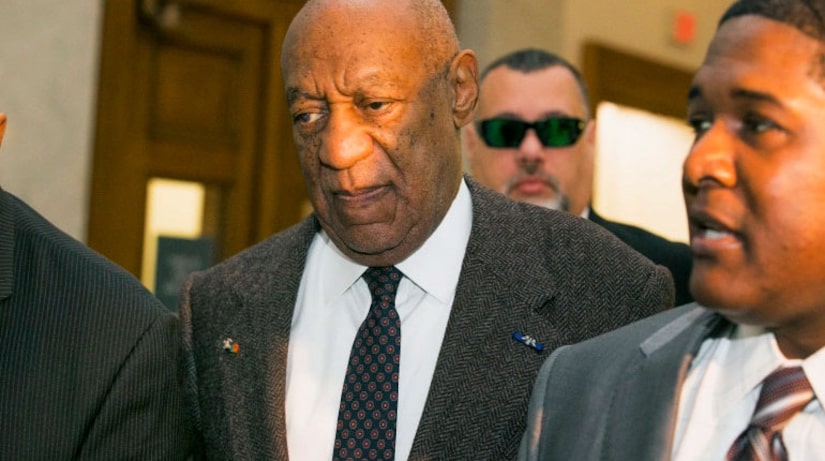 ALLEGHENY COUNTY, Pa. -- (WPMT) -- Prosecutors and defense attorneys made their final pleas to the jury in Bill Cosby's trial for aggravated indecent assault on Monday.

In a fiery closing statement, defense attorney Brian McMonagle said the prosecution's key witness, Andrea Constand, had too many inconsistencies in her story to be a reliable witness.

But District Attorney Kevin Steele said those inconsistencies were minor and little more than a distraction. And he said the former district attorney's decision not to charge Cosby in 2005, when Constand first came to police, was a failure.

Cosby, the famed comedian, declined to testify in his own defense, and his defense rested after calling just one repeat witness for further questioning.

Jurors did hear Cosby's side of the story, though not in his voice. Last week, police detectives read aloud his statements to police in 2005 and in his civil deposition in 2006 responding to the allegations. Cosby has pleaded not guilty to three charges of aggravated indecent assault.

NORRISTOWN, Pa. -- (WPMT) -- Bill Cosby's defense rested on Monday after calling just one witness, as the famed comedian declined to testify in his own defense.

Cosby arrived at court arm-in-arm with his wife Camille on Monday, marking her first appearance at the comedian's trial for aggravated indecent assault.

Cosby, who has pleaded not guilty to the charges, has previously arrived at the Montgomery County courthouse with various celebrities from the world of entertainment. The former actor was joined last Monday by Keshia Knight Pulliam, who played Rudy Huxtable on “The Cosby Show.”

Other actors have joined on other trial days, including two appearances by Joe Torry.

Camille Cosby is the first member of his family to join him in arriving at court. His daughters have not done so to this point.

As always, Cosby was also joined on Monday by Andrew Wyatt, his longtime publicist. Wyatt said on Friday that Camille Cosby continued to support him, despite the accusations of assault from dozens of women. “Mrs. Cosby has been supporting Mr. Cosby for the entire time they've been together for 53 years,” he said.

“People think that because of optics that if you don't see them here, then they don't love you and you're not together anymore. That doesn't say that you don't have the support. What it says is that you want to protect your family from being attacked by this media circus out here, and that's OK.”

The prosecution rested its case on Friday after calling 12 witnesses to the stand over last week. They included a woman who previously accused Cosby of assault, police detectives, and experts on drugs and sexual assault.

Chief among those witnesses was Andrea Constand, the former Temple employee who says that Cosby drugged and sexually assaulted her in January 2004. She testified in firm and clear words over two days last week that Cosby, a powerful alum at Temple, mentored her and then took advantage of her at his home in the suburbs of Philadelphia.

Cosby's defense attorneys argue that their sexual contact was part of a consensual relationship between the two. They argued that Constand's initial statements to police were full of inconsistencies that undermine the truthfulness of her story.

It remains unclear who defense attorneys will call as witnesses for the defense. Cosby said before the trial that he does not plan to testify, though Wyatt suggested last week that “nothing's ever off the table.”

Though dozens of women have accused Cosby of sexual misconduct, Constand's accusations are the only ones that have led to criminal charges.