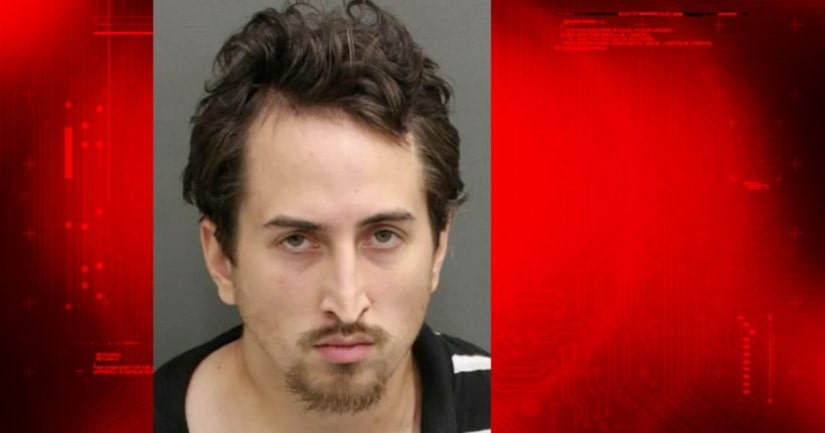 APOPKA, Fla. -- (WKMG) -- A convicted sex offender who was handcuffed in the front seat of a patrol car unbuckled his seat belt while the deputy was driving, opened the door and escaped from the vehicle, according to the Orange County Sheriff's Office.

Joseph Breese, 28, was arrested Wednesday morning on open warrants for charges of failing to update his address and failure to appear for eight counts of unlawful possession of materials depicting sexual performance by a child.

A reliable street source told a deputy from the Orange County Sheriff's Office Fugitive Apprehension Unit where Breese was arrested without incident in Apopka, according to the report.

The deputy handcuffed Breese and placed him in the front seat of his unmarked patrol car. As the deputy was driving on Ocoee Apopka Road preparing to enter the on ramp of State Road 429, he heard a noise, looked over and saw that Breese had unbuckled his seat belt and opened the door, according to the arrest report.

The deputy slammed on his brakes and grabbed Breese's shirt to try to prevent him from escaping from the patrol vehicle, authorities said. Breese continued to struggle until he was out of the vehicle and the deputy was dragged head first onto the road, according to the affidavit.

Breese tried to run away while the deputy was getting up from off the ground, the suspect made it about 30 feet away from the patrol vehicle before the deputy handcuffed him again, the report said.

Two good Samaritans saw what was happening and assisted the deputy, one of them moved the patrol car so it wouldn't obstruct traffic.

Breese suffered road rash on his knees and a non-visible injury to his wrist. The deputy suffered minor injuries to his left hand and right wrist.