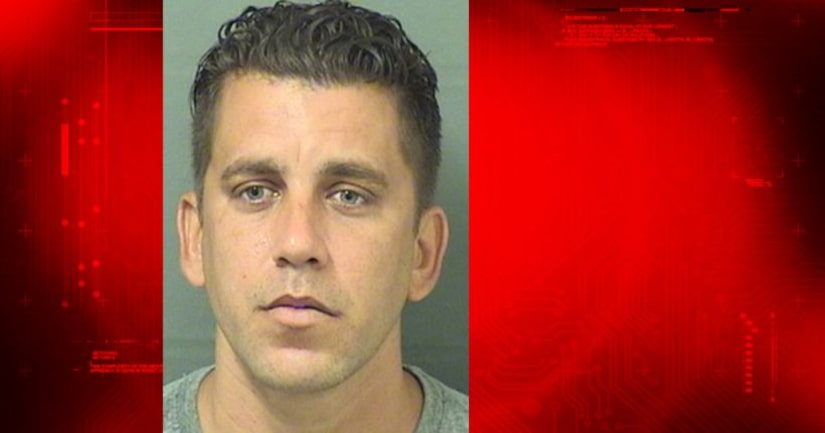 According to a West Palm Beach police report, Stephen Caplan was walking his dog in the parking lot of an apartment complex when Garcia Sanchez, who was a maintenance worker there, started arguing with him about his dog defecating on the property.

Police said the argument turned physical when Garcia Sanchez grabbed Caplan by the neck and started to punch him.

Caplan told police that he tried to defend himself by putting his hands in front of his face, but Garcia Sanchez pulled out a carpenter's knife and cut Caplan's left hand.

Police said Garcia Sanchez admitted to confronting Caplan about the dog poop after learning of complaints from several residents, but he denied ever attacking Caplan or having a knife and said he didn't know how Caplan got the cut on his hand.

Garcia Sanchez claimed that Caplan struck him and threw his dog at him during the confrontation, but Officer David Streigold wrote in his report that the dog "was extremely docile towards every person walking by."