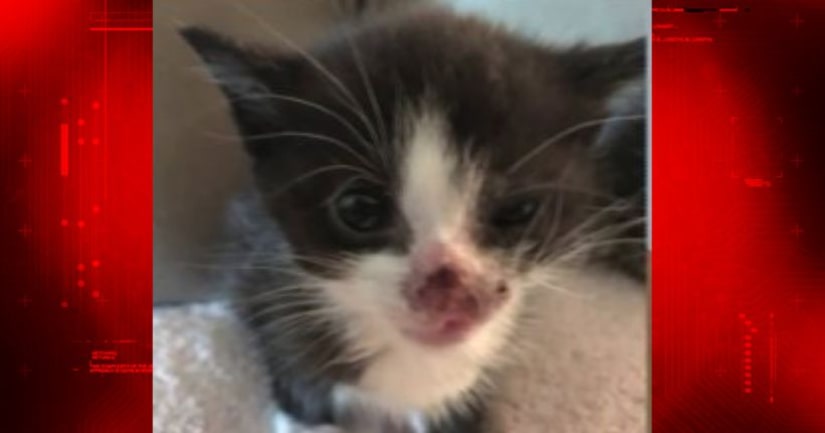 SOUTHBURY, Conn. -- (WTIC) -- A kitten thrown from a car last week has died from his injuries.

Last Monday morning, a woman driving down Route 69, near Walmart, in Waterbury reported witnessing a kitten being tossed out of a window of a moving vehicle.

The kitten, who was named Winslow, lost part of his nose. He had been under emergency care for the past two days when he took a turn for the worse. His caregivers said his injuries were worse than they thought.

Caroline Abate, who was caring for Winslow, said in an email, “Let's not let him die in Vain. People need to speak up and Do Something when they see abuse. I can't imagine what a horrible death he would have suffered had we not gotten him as quickly as we did. He was loved and cared for almost 10 days. His suffering is over and his story continues.”

Whiskers Pet Rescue, set up a Go Fund Me page to help with expenses.