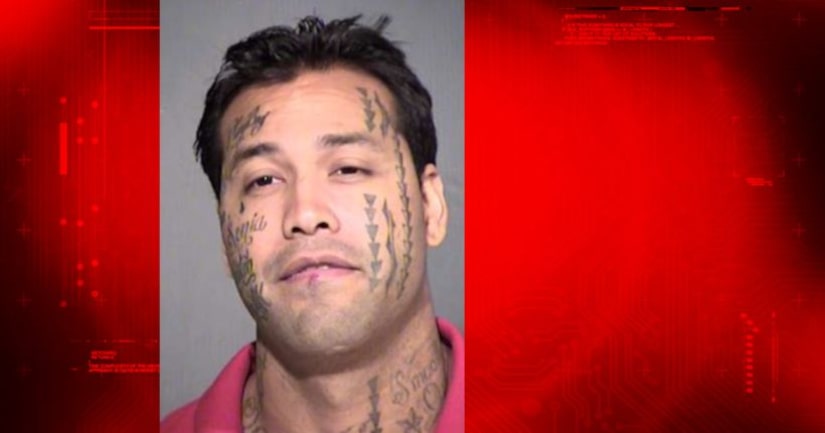 PHOENIX -- (KNXV) -- A man already on parole allegedly rammed his wife's car with his vehicle then called her on FaceTime while running from police.

Phoenix police say that on May 24 they got a call from a woman saying her husband was chasing her and already rammed her car twice. The dispatcher directed the woman to 7th Street and Indian School Road where officers attempted to stop the suspect's Audi A6.

Police say instead of stopping, 32-year-old Patrick Wade Koa-Hiro took off at a high rate of speed, ran a red light and crashed into the porch of a home.

Hiro reportedly fled from the car on foot, communicating with his wife on FaceTime while running from police.

Hiro then allegedly attempted to escape from police by hitching a ride but was soon apprehended. Hiro admitted to hitting his wife's vehicle but claimed it was an accident. He said he ran from police because he was recently released from prison in Hawaii. Police confirmed that Hiro is on parole for escape and robbery.