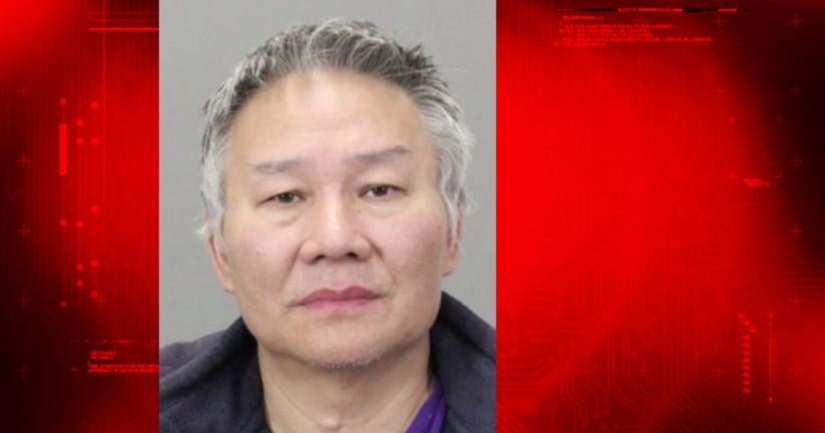 PALO ALTO, Calif. -- (KRON) -- A 58-year-old Central Valley man has been arrested last week for driving from Visalia to the Bay Area, plotting to kill his doctors, according to police.

The case that led to the arrest of Yue Chen started last Wednesday morning when Palo Alto police received a call from Visalia police about a man who may be driving to the Bay Area to murder three of his doctors after becoming upset about his medical condition and treatment.

Visalia police had contacted multiple police departments in the Bay Area that had jurisdiction over the work and home locations of the doctors, and also put out a bulletin statewide for law enforcement agenciesto be on the lookout for the suspect.

At 7:48 p.m. Wednesday, Palo Alto police received a call from the California Highway Patrol after officers had located and stopped the suspect, identified as Chen, on U.S. Highway 101 and Hellyer Avenue in San Jose, police said.

Chen was driving a rental car, a red 2017 Nissan Rogue, and had two loaded semi-automatic handguns with high-capacity magazines inside the vehicle within reach of him, according to police.

Chen was also found with a white rubber mask and two loaded semiautomatic handguns registered to him with high-capacity magazines within his reach.

“We feel like there's pretty good evidence of intent to kill,” Huang said. “Usually the evidence is a little more ambiguous.”

Officers arrested Chen without incident and took him to a hospital for treatment related to his medical condition. He was later booked into Santa Clara County Jail on suspicion of attempted murder and illegal carrying of a loaded firearm, police said.

“Good police work led to us finding him and averting what could have been a tremendous tragedy,” Huang said.

Chen had notes with locations of his doctors' homes and a typewritten statement about his plans to kill them, prosecutors said Tuesday.