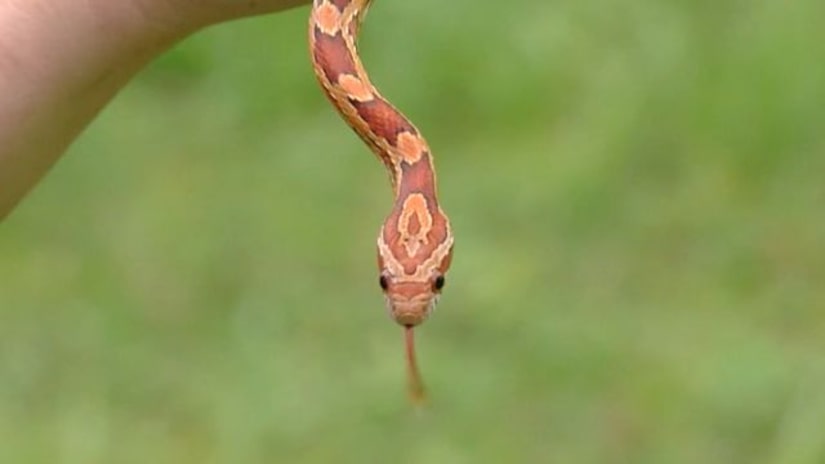 HIGHLANDS COUNTY, Fla. -- (WPTV) -- A potential child abuse charge has been sent to the State Attorney's Office for a Highlands county mother after she posted a video to Facebook showing her one-year-old daughter being bitten by a red rat snake.

The video has since been taken down, but Chartelle St. Laurent exclusively told ABC Action News that she does not regret putting her baby face-to-face with the snake.

She found the snake in the driveway of the family's property outside of Sebring.

"It had bitten me and my son and didn't leave a mark, several times," she said. "So, I thought it was a good opportunity to introduce her without actually getting hurt."

Highlands County Sheriff's Office investigated the incident and determined purposely exposing the one-year-old to the snake was enough to charge her.

"People are too sensitive," she said. "They just think that I hurt my child intentionally. The people that know me know that I would never hurt my children."

She says the child was not hurt, only scared of the snake's quick strike.