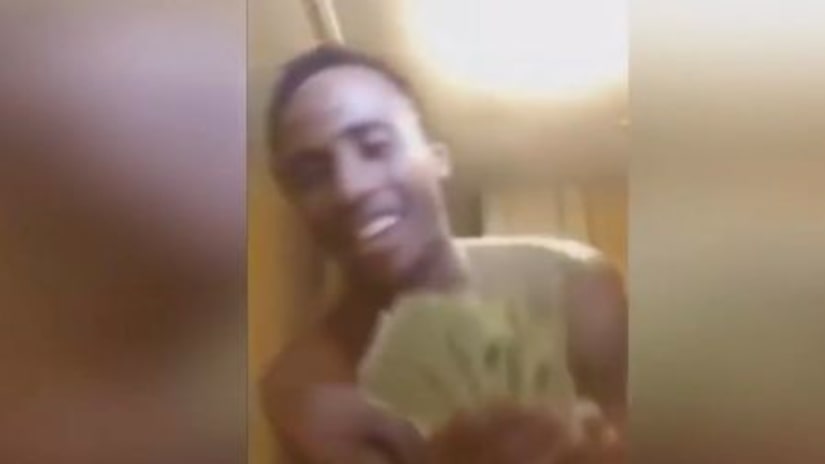 JACKSONVILLE, FLa. -- (WKMG) -- A Facebook Live video that appears to show a 22-year-old Jacksonville man boasting about money as a SWAT team moves in and arrests him is getting a lot of attention on social media.

That Jacksonville Sheriff's Office SWAT team moved in Thursday afternoon to arrest 22-year-old Breon Hollings, and officers did whatever they had to do to bring him in, leaving busted-in doors and broken-out windows as evidence.

Those watching live on Facebook Thursday afternoon, though, got a view of what was happening from inside the house.