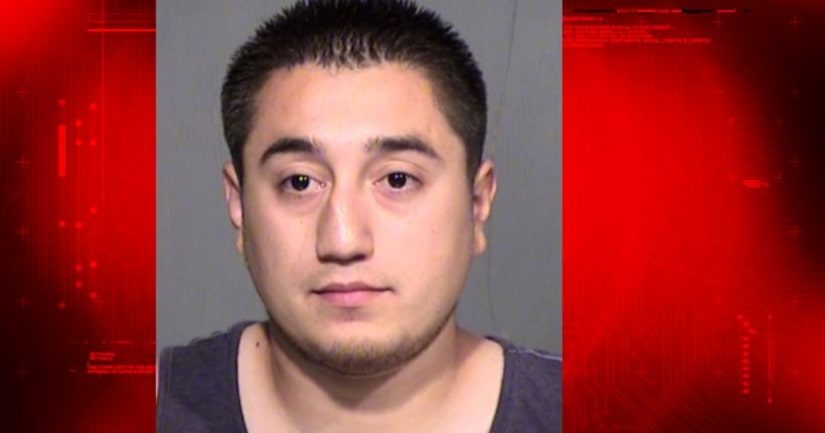 GLENDALE, Ariz. -- (KNXV) -- A Glendale man was arrested after witnesses say they saw him throwing kittens into the street.

Glendale police report that Saturday night they were called to a home near 55th and Northern avenues for an animal welfare check. Police were told by witnesses that a man, later identified as 26-year-old Andrew Gomez Vance, threw a kitten into the road and it was struck by a car.

Police say as they arrived, they saw a kitten falling from the roof of the home.

Witnesses also reportedly told police that they saw Vance searching the area with a flashlight, believing he was looking for more cats.

Vance allegedly told police that he was trying to help put newborn kittens onto the roof, where the mother cat was, when one fell from the roof. He said he threw the kitten into the street because it was suffering.