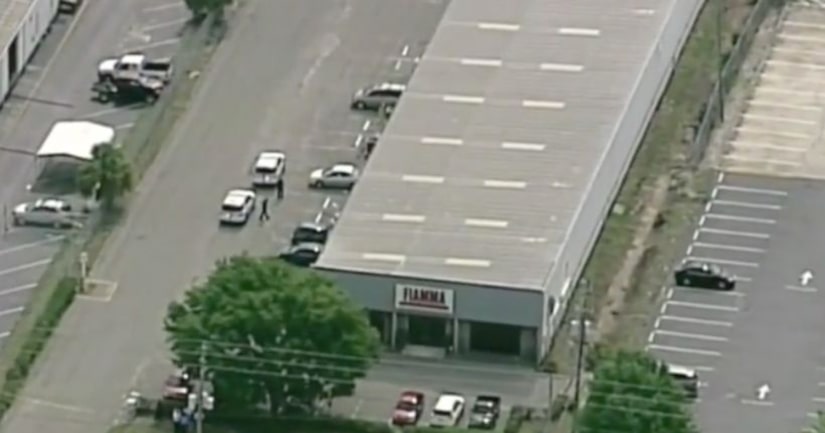 ORLANDO, Fla. -- (WKMG) -- A gunman fatally shot five of his former coworkers then killed himself during a mass shooting at an Orange County business Monday morning, according to sheriff's officials.

Seven people who work at Fiamma, the RV accessory business where the shooting took place, survived the incident without any injuries.

Orange County Sheriff Jerry Demings said the gunman was a former employee who was fired in April. Demings said the 45-year-old man came into the building armed with a gun and a knife and fatally shot four men and a woman then turned the gun on himself.

That gunman, who has not been identified, was also involved in a workplace incident in June 2014 in which he was accused of battering one of his coworkers. Demings said no charges were filed in that case and there is no evidence that that victim was among those killed in Monday's shooting.

“He shot five innocent people this morning then turned the gun on himself and shot himself," Demings said.

Demings described the shooter as a disgruntled employee, adding that the "tragic incident" is an example of workplace violence and there's no indication of any ties to terrorism. The suspect has a minor criminal history that includes marijuana possession, DUI and a misdemeanor battery charge, Demings said.

First responders were dispatched to the active shooting situation at 8:05 a.m. and arrived two minutes later.

"I can tell you it was a coordinated effort along with the sheriff's office. As soon as the scene was cleared less than three minutes later the patients were being assessed. The initial four victims, along with the shooter, were declared to have injuries incompatible with life. The sixth person was assessed and moved off the scene en route to the hospital within just a few minutes and was given the best opportunity at survival because of the coordinate between the sheriff's office and fire rescue," Orange County Fire Rescue Chief Otto Drozd said.