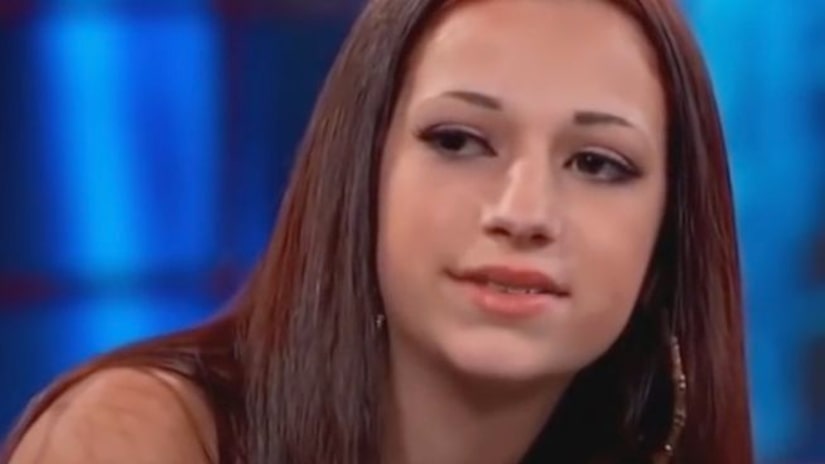 BOYNTON BEACH, Fla. -- (KRON) -- A Florida teenager best known as the “cash me outside” girl has filed a trademark lawsuit against three gaming companies for using her phrase and voice, according to the Palm Beach Post.

Danielle Bregoli, 14, her mother Barbara Ann Bregoli and their company, Dani B. Holdings LLC, are seeking more than $1 million from game developers who published two mobile applications under Anonymous Games Inc. using her catchphrases “Cash Me Outside” and “How Boud Dat.”

In the lawsuit, Bregoli and her associates are accusing Anonymous Games Inc. and two other companies, Appnoxious LLC and Squad Social LLC, of infringing her intellectual property rights.

The complaint states that “Cash Me Ousside” is an “exceedingly simple and completely unoriginal game” which is free, but earns money from advertisements and “in-app purchases.” It also claims the app uses the teenager's voice and an avatar that looks like her. The app was the number one downloaded game in the United States on iTunes, according to the complaint.

Federal records show Dani B. Holdings filed to trademark “Cash me ousside how bow dat” on May 3.

If you look through Apple's iTunes application store, it appears Anonymous Inc. got rid of one the apps, “How Bout Dat,” and changed the name of the other to “Get Cash Outside,” a game where users “run and jump their way out of trouble while collecting bands of cash.” According to the Palm Beach Post, “Get Cash Outside” no longer uses her catchphrase, and now the character says “That's lit.”

Bregoli's representatives said they contacted Anonymous Inc.'s former owner, Josiah Jenkins and came to an oral agreement in February that Anonymous Inc. would pay Bregoli's company “$75,000 in total followed by a 50 percent revenue split on the game,” according to the Palm Beach Post. But her lawyers say Bregoli continued to make excuses for delayed payments and eventually stopped returning their phone calls. Later that month, “How Bout Dat,” was launched.