Her name is Kamelia "Sweet Pea" Spencer. It's been two decades since Sonia Coppolecchia gave birth to her.

The baby's father is Derek Spencer, a man Sonia met about a year earlier during a dark time in her life.

"I said 'My best friend had just passed away,' and he was listening to what I was saying, which to me was unusual because most guys I had known weren't good listeners," said Sonia.

Sonia and Derek dated, and before long she met his mother Helen Gruning.

"This may sound un-Christian to say this but when I first met her, I didn't like her," said Sonia.

But Derek lived with his mom. Sonia tried to make the most of that first visit. 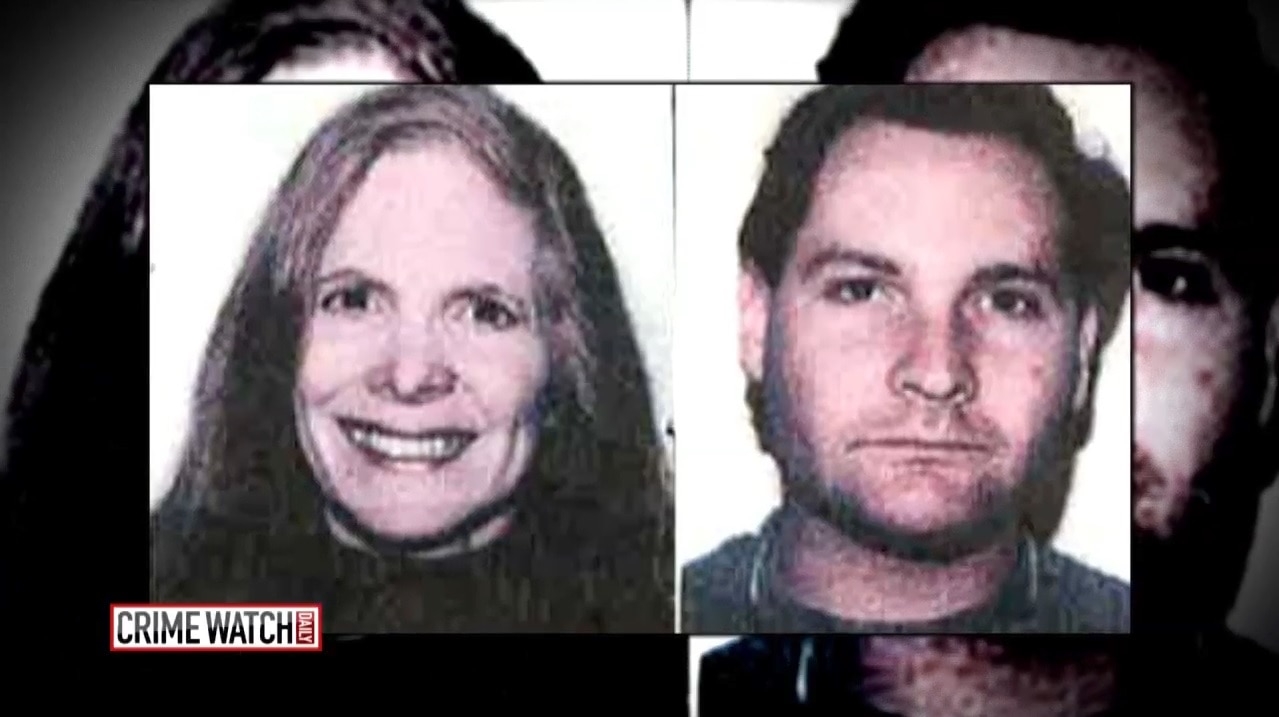 "She was like the type of person that was so nice it was like, 'What's wrong with this picture?'" said Sonia.

And Helen said something seemingly sweet to Sonia that would eventually haunt her.

"Her first words were 'I always wanted a little girl baby,' and now I look now and think 'Wow! Isn't that telltale, exactly what she wanted,'" said Sonia.

Nine months later, Helen got exactly what she'd always wanted when Sonia gave birth to a little baby girl. It was Helen's first and only grandchild, and she was thrilled. A sentiment the baby's father didn't seem to share.

"He wasn't really enthused about her. His mother was," said Sonia.

Six months after Kamelia was born, Sonia says Derek walked out on them.

"I went in the bedroom and all his stuff was gone," said Sonia.

Derek had moved back in with his mother. And the woman Sonia once called "sugary sweet" was about to turn ruthlessly sour.

"She and Sonia did not get along at all," said Det. Lankford.

Though Sonia didn't know, Detective Steve Lankford says Derek's mother had become hell-bent on gaining custody of her only grandchild. But to do it she needed Sonia out of the picture -- and an evil plan.

"She didn't want Sonia to have anything to do with her daughter," said Lankford.

He says Helen started disparaging Sonia to anyone who'd listen.

"She says to me 'My mom is really depressed and my mom feels bad and it would really lift her spirits if she could see the baby,'" said Sonia. "I said 'Let me think about it,' and I hung up."

But Helen Gruning wasn't about to take no for an answer. Investigators say she soon escalated an already tense situation.

"At one point Helen filed a criminal complaint against Sonia for what is called 'terrorist threats,'" said Lankford.

Helen told police Sonia was making death threats against her.

"She said I called her and said 'I am going to come to your house, I am going to kill you and hang your cat,'" said Sonia.

"From my understanding, a lot of it was she-said/she-said," said Det. Steve Lankford.

"They felt that there was enough evidence to present the case to the district attorney's office," said Lankford.

And Sonia Coppolecchia, a single mother with a 10-month-old baby at home, was arrested for the first time in her life.

"When I showed up at court I had no idea what I was being charged with," said Sonia. "It was insane, it was like all of a sudden you were in a bad 'movie of the week,' and then it says 'based on a true story,'" said Sonia.

Sonia says she faced five felony counts, the most shocking of which was attempted murder of her own baby.

With Sonia now behind bars, Derek and his mom had temporary custody of Kamelia.

Sonia says Helen Gruning even enlisted the help of a doctor she had befriended. There were actual written reports from this doctor indicating abuse from Sonia, according to Det. Lankford.

But with no real evidence to back up Helen's shocking allegations, a judge acquitted Sonia Coppolecchia of all charges, except one count of "making terroristic threats" against Helen Gruning.

Sonia was sentenced to time served. She'd spent less than two months behind bars. But that was enough time for Helen to get Kamelia, at least for a while.

"They won the first round by getting Sonia out of the picture and putting her in jail," said Lankford.

But now with Sonia free, the big question:

"Who's going to take care of Kamelia?" said Det. Lankford.

And Sonia was more than ready to fight to regain custody of her child.

At the time of Sonia's release, doctors were starting to become suspicious of Grandma Helen, who constantly brought Kamelia to hospitals claiming she suffered from Shaken Baby Syndrome.

The constant doctor visits eventually lead to a disturbing discovery.

"She's a toddler. They gave her -- forced her to take a psychotropic drug," Sonia said.

According to Sonia, Kamelia had been given a prescription drug used to treat epilepsy and bipolar disorder.

"I remember going to visit her and she couldn't hold her little head up," said Sonia. "I stood there and I couldn't even help her. My baby could have died from kidney failure, and these people were willing to let her die rather than see me."

That's when Kamelia's father and grandmother also lost custody of the little girl.

"So at that point then the child is put back into protective custody and then is taken from one foster home to another foster home," said Det. Lankford.

The only way Kamelia's mother, father or grandmother could see her was during supervised visits.

"Part of the other thing to break me was they had me have an armed guard at all times, as if I would kill her," said Sonia.

Then a few weeks before Kamelia's third birthday, it looked like things were finally going Sonia's way.

"Sonia was going to get custody, with Derek having visitation rights," said Det. Lankford.

But Helen Gruning was seemingly just gearing up for round two, working out a twisted plot to abduct her granddaughter and flee.

"This was all premeditated, and when I say 'premeditated,' I'm talking like months, even maybe a year prior to the abduction," said Det. Lankford.

Detectives say Helen Gruning masterminded the plan involving the child's father to kidnap Kamelia during one of their supervised visits.

"Derek started befriending people at the Department of Children Services and asked if he could have a visit with his daughter outside the office," said Lankford.

The department agreed, but insisted it still be monitored.

Five days before Christmas in 1999, Derek met Kamelia at an arcade just a few miles from the home he shared with his mother.

"Derek was already there. There was gifts on the table for Kamelia," said Lankford.

Derek asked the monitor if he could take Kamelia to play one of the arcade games, and she said OK.

"At some point, according to the monitor, she dropped a pen or pencil, and when she looked up Derek and Kamelia was gone," said Lankford.

Outside the park, detectives believe Grandma Helen was waiting behind the wheel of the getaway car.

"The monitor ran out and was frantic looking for the little girl, but they had already left," said Lankford.

When deputies arrived minutes later, there was no sign of the trio.

Stunningly, almost 20 years later they have never been found.

"This was a planned abduction/kidnapping," said Det. Lankford.

L.A. County Sheriff's Detective Steve Lankford searched the home Helen and Derek shared, and was shocked at what he found inside.

"Everything was gone. There was just a couple of boxes," said Lankford.

An abduction so sophisticated it looked like the work of a gangster, not a grandmother.

"Maybe six months prior to the abduction she goes to a financial institution and she borrows on the house, and gets I think around $180,000," said Lankford.

Detectives say that's the money Helen and Derek used to fund their getaway. And Helen went to great lengths to make sure she'd never be found by the bank -- or anyone else.

"You have to give them a thumbprint to get notarized for receiving the money," said Det. Lankford. "Every time Helen would do it she would purposely smudge her thumbprint."

Because Helen had never been arrested, her fingerprints weren't on file. And she planned to keep it that way.

With cash in hand, Helen Gruning moved to the next part of her plan.

"Everything was all calculated knowing that she was going to disappear," said Det. Lankford.

Five days before the abduction, three passports arrived by mail, one for Helen, Derek and one for Helen's mother Gertrude. All three of them also stopped by the post office to stop their mail.

"When I interviewed the individual at the post office he remembers Gertrude saying something about they were traveling to Europe, they were going to go to Europe," said Lankford.

Though Gertrude was born in Europe, the family has no ties there.

"Those passports could have been a ploy to think that they left the United States," said Lankford.

But in fact they may have moved to the East Coast. Detective Lankford learned that Helen has a brother who lives in Florida. After a few weeks he'd finally tracked him down.

"I go 'You haven't heard from your sister in almost a month and you never called the authorities to file a missing-persons report?' And he goes 'No,'" said Det. Lankford.

"The friends would say 'This is a shock to us that Helen did this, but if she did it, it was for the benefit of the little girl,'" said Lankford.

The only person who admits hearing from the fugitives is Helen's doctor friend. She says a year after the abduction a letter from Derek arrived at her office.

"It was basically a letter saying 'Goodbye and thank you for everything that you've done for us and you'll never hear from us again,'" said Lankford.

For now, her heartbroken mother is left with only memories.

"My daughter and I will never get back her childhood," said Sonia. 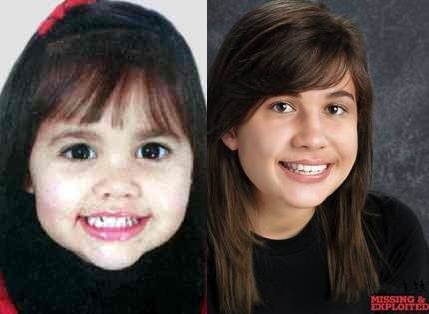 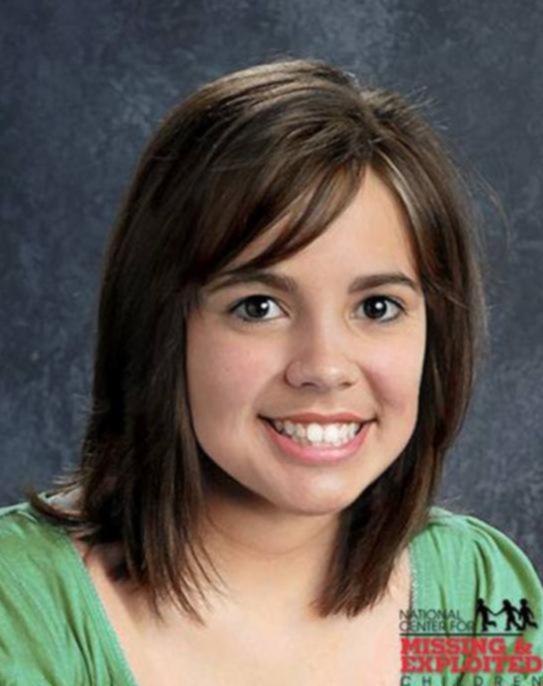 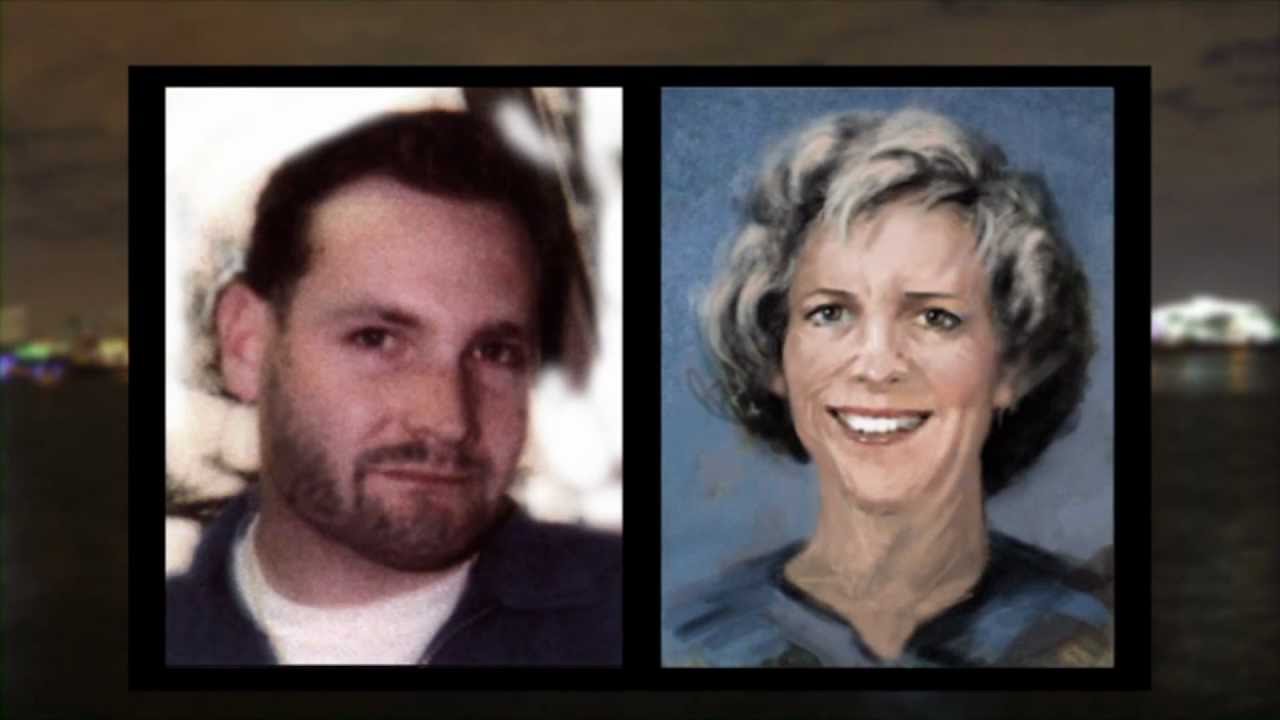 Detectives say the pictures have lead to hundreds of tips over the years, but none have led them to Kamelia. There are still arrest warrants out for Derek Spencer and Helen Gruning. Both are wanted fugitives and should be considered armed and dangerous.