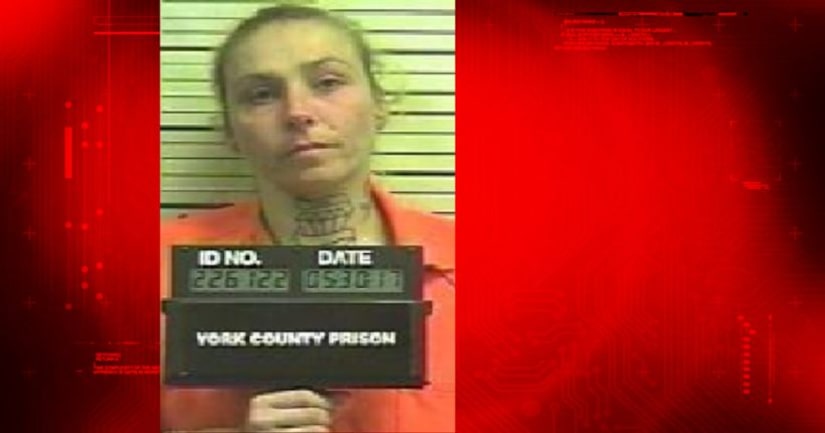 WEST YORK BOROUGH, YORK COUNTY, Pa. -- (WPMT) -- A York County woman is behind bars after her grandmother and a blind dog were found living in deplorable conditions in West York Borough house.

Jennifer Dorsey is charged with neglect of care, recklessly endangering another person and abuse of animals after her husband's grandmother and a blind dog were found living in a feces filled house on Monday.

West York Borough Police say they were dispatched to a house on the 1300 block of West Poplar Street in West York for a noise complaint of a dog barking around 8 p.m. on Monday. Officers arrived to find a neighbor outside the house. She told police that an elderly woman and blind dog live in that house and that she hasn't seen anybody walk in or out of the house in three days, nor the elderly woman.

Inside, police saw feces littered in the kitchen, dining room and living room and a blind dog, barking and walking in the feces.

Upstairs, the odor of feces was much stronger and “almost unbearable” police say. Dorsey's grandmother was found lying in a bed on the second floor. She was visibly malnourished, frail, lying in her own waste and unable to move on her own. No food or water was accessible from the bed, and none was found inside the home.

Jennifer Dorsey admitted to police that she lived with her grandmother but had been staying in Shrewsbury with her nephew that past weekend. She stated the last time she saw her grandmother was May 26th around 4 p.m. and that her son had checked on her Monday around 8 p.m.. though police arrived on scene at that same time.

Dorsey's grandmother was taken to York Hospital for treatment. The dog is currently in the care of the SPCA.