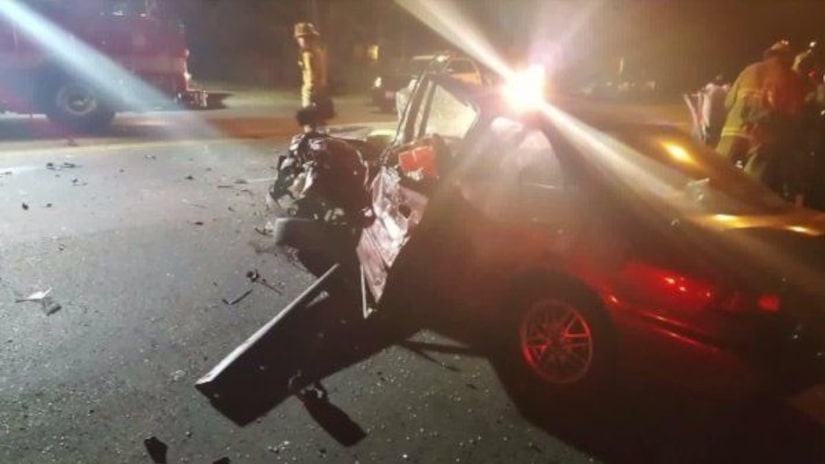 VALLEY GLEN, Calif. -- (KTLA) -- A baby girl died immediately after birth when her mother was seriously injured in a head-on crash near Valley Glen last week, and the suspected DUI driver has been arrested, LAPD officials said Wednesday.

The incident was reported about 11:05 p.m. May 26 along Fulton Avenue south of Hatteras Street. Julian Gutierrez, 25, apparently crossed the double yellow lines and drove into oncoming traffic, according to the Los Angeles Police Department. He crashed into another car that was heading in the opposite direction.

The driver of the second vehicle, Judith Mauricio, who was about eight months pregnant, was seriously injured and rushed to a hospital. Mauricio gave birth, but the baby died, officials said.

“When I saw the bruise on her tummy there, all I could do was pray,” said Simon Sarkissian, who witnessed the crash. “It's hard not to get emotional right now knowing that because I have a little over a month-old son of my own.”

An investigation revealed that Gutierrez, of North Hills, was driving under the influence when the crash occurred, according to LAPD. He suffered minor injuries and was treated at the scene, officials said.