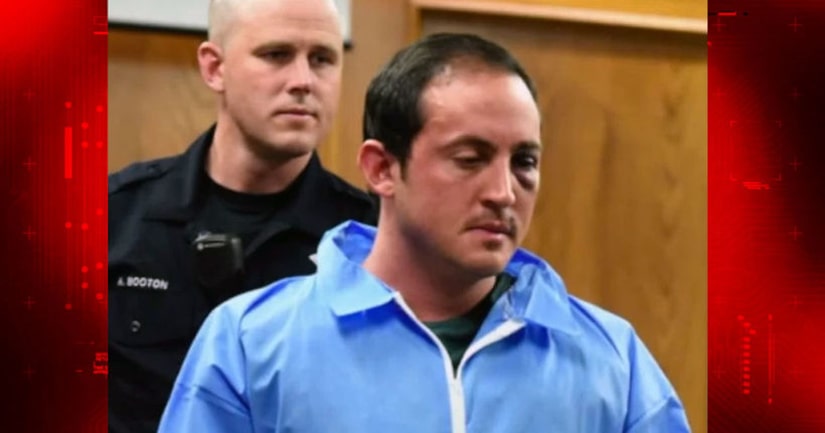 BOULDER, Colo. -- (KDVR) -- The man accused of shooting and killing a man at a popular Boulder restaurant early on Memorial Day was formally charged with murder on Thursday morning, the Boulder County District Attorney's Office said.

Louis Sebastian, 32, was charged with one county of first-degree murder and one count of carrying a concealed weapon.

The shooting happened just after midnight at the Bramble and Hare restaurant off the Pearl Street Mall. Dr. Christopher King, 49, died in the shooting. Restaurant workers detained Sebastian until officers arrived.

King was identified on his Facebook and LinkedIn pages as a physician and researcher who specialized in diet and disease.

He was listed as the founder of Dr. King's Clinic in California and also worked at SlimGenics.

An arrest warrant released Thursday shed light on what led to the shooting, including a possible love triangle, an argument over politics and the bill, and witnesses hearing gunshots outside and inside the restaurant.

According to the warrant, Leah Akin invited about 15 people to her house for a party.

She sent a text invitation to a Chris King, whom she believed to be a female friend, but it was inadvertently sent to Chris King, a man with home she had “hooked up” with on several occasions.

While not expecting the male Chris King to arrive, she allowed him into the party, where most people did not know him.

The party was co-hosted by Gary “Ryan” Reeves, who invited Sebastian. The two knew each other but Reeves told detectives that Sebastian made him uncomfortable because he often talked about interactions with the “mob.”

Akin and Sebastian, who met for the first time Sunday, flirted and kissed each other at the party, which broke up about 9 p.m.

Several of the people at the party decided to get dinner at the Bramble and Hare. Sebastian sat across from Akin and King sat next to Akin, according to the warrant.

Reeves said Akin and Sebastian were holding hands at the table, and knowing there was a past relationship between Akin and King, it made for “an awkward situation,” according to the warrant.

During the dinner, King and Sebastian got into a heated argument over politics before one of the members suggested they take it outside.

Things seemed to settle down during the meal, but it heated back up when the bill came and the table was $100 short because King had ordered several items for the table.

Reeves said King and Sebastian equally discussed going outside to fight and eventually stood up.

Lorainne “Lory” Horton told detectives that everyone was standing up when Sebastian and King got up from the booth and left the restaurant.

About 10 seconds later, Meeks told detectives that Sebastian came back into the restaurant and from about five feet away, fired two shots in quick succession at King while standing over him.

Restaurant manager Griffin Farro heard the gunshots and went toward the door, telling people to get down.

Farro then saw chef Brian Daniels run past him toward King and Sebastian as they returned inside the restaurant.

Daniels, who was in the Marine Corps for five years, tackled Sebastian and took the gun from him, and Farro and another man held him in a full-nelson until officers arrived.

Sebastian struggled to free himself and get away, but Daniels told detectives he used the butt of the gun, a SIG Sauer compact semiautomatic 9mm handgun, to hit Sebastian in the left eye.

Farrow and other witnesses told detectives that Sebastian said, “He attacked me. I'm done.”

Daniels applied pressure to a shoulder wound on King before going to get a military-grade first-aid kit in his vehicle as Meeks stayed to give aid. Daniels also took the weapon and secured it in the vehicle.

Daniels said when he returned, King was “disorientated” and had an abdominal wound as well as the shoulder injury.

When officers arrived, they performed CPR before King was taken to Boulder Community Health, where he died.

Sebastian was taken to Boulder Community Health for treatment of his injuries. He told detectives he acted in self-defense but did not elaborate as to what happened.

He then asked for an attorney and declined to speak with detectives.

Detectives found eight spent shell casings and an empty magazine that holds seven rounds. Seven of the casings were found outside the restaurant.