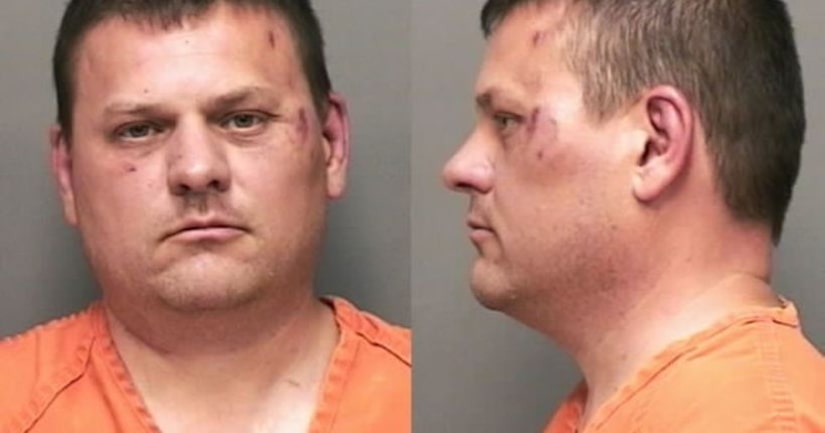 According to police, officers were called to the movie theater on the 1800 block of Tiny Town Road Monday around 11:30 in the evening. Witnesses say 50-year-old Paul West was angry because the concession stand was closed and employees would not sell him popcorn. Police say West took an empty container from the trash and demanded a refill. When he was refused, he threw the container at an employee, knocked over a display, and returned to the movie.

When police arrived, they approached West in an attempt to detain him. Police say West threw a trash can at the female officer and punched her several times in the face. The officer took West to the ground and restrained him. During the arrest, the officer says West tried to bite and punch her.