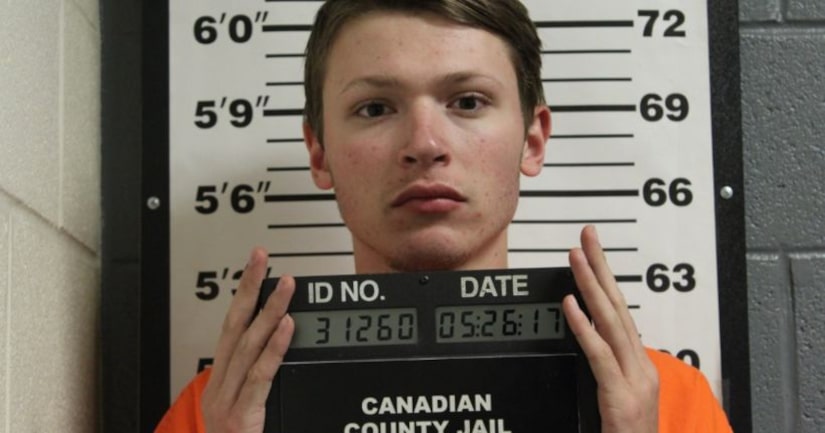 MUSTANG, Okla. -- (KFOR) -- An 18-year-old Mustang man was arrested after he allegedly began talking to a young boy on social media.

Investigators with the Canadian County Sheriff's Office say 18-year-old Kyle Henthorn began communicating with what he thought was an 11-year-old boy. In fact, the victim was 13-years-old but was pretending to be 11-years-old online.

As the conversation between Henthorn and the teen continued, officials say the boy said he was uncomfortable and wanted to stop talking, but Henthorn allegedly begged him to keep speaking with him.

“Kyle Henthorn could not take no for an answer. He kept pushing this child to keep talking and wanted to show this underage child various sexual acts,” said Canadian County Sheriff Chris West.

During the investigation, Henthorn was going to school at Southeastern Oklahoma State University. Deputies were able to work with SOSU police to locate Henthorn and conduct an interview.

During the interview, Henthorn cooperated with investigators and admitted to the sexual conversation he had with the boy.