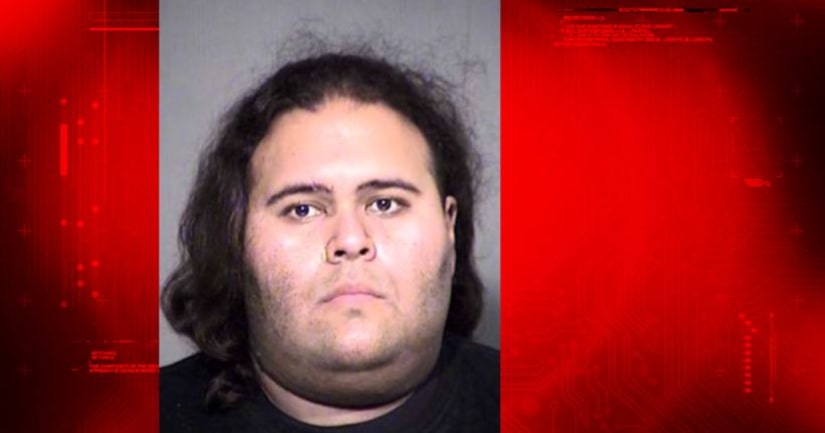 PHOENIX -- (KNXV) -- A heavily armed suspect has been arrested after he entered Phoenix Comicon and threatened to kill officers and a performer.

Phoenix Police arrested 29-year-old Mathew Sterling at the Phoenix Convention Center on Thursday. Police received a call from the Hawthorne Police Department in California warning them about Sterling. A witness told them Sterling sent them a Facebook message stating he was threatening to shoot officers and was heavily armed.

Police say that in addition to the messages, Sterling also sent photos of officers while he sitting on the second floor of the convention center.

In the message, Sterling stated to the witness, "He was going to be in a showdown with cops and he would kill them."

Officers found Sterling on the second floor and immediately took control of him as Sterling resisted the officers.

Police say all the weapons Sterling possessed were real and loaded. They included a shotgun, three .45 caliber handguns, a combat knife, pepper spray and throwing stars. He was also wearing body armor under his clothes.

Police believe Sterling may be mentally disturbed. He stated to police that, "He was the Punisher," a popular comic book character that punishes evildoers.