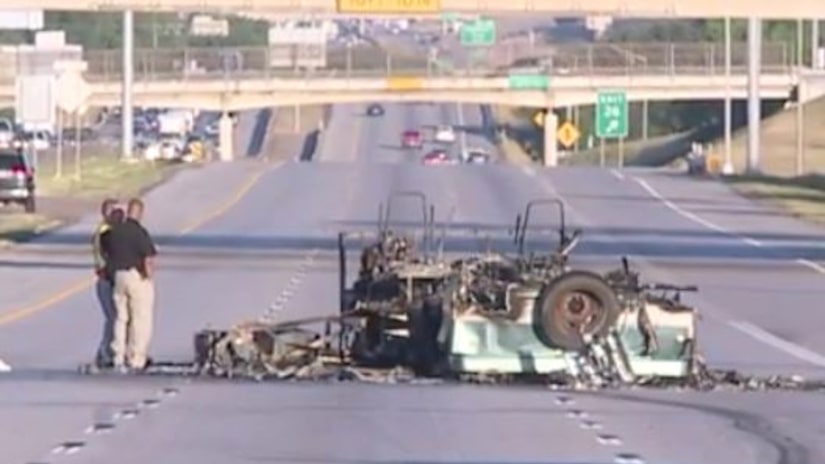 ARLINGTON, Tex. -- (KDAF) -- A police chase involving a recreational vehicle carrying a man who had allegedly shot his wife and taken her, along with their two young children, across several counties came to a fiery end in Arlington early Thursday morning.

According to Arlington Police Lt. Chris Cook, Arlington police joined the chase about 4:30 a.m., after Hunt County Sheriff's deputies received a 911 text from a woman reporting she had been shot, kidnapped, and she and her two children were inside an RV. The woman texted they were near FM 513 and IH 30 in Hunt County.

Police say about 20 minutes later, a Caddo Mills police officer saw the RV near FM 1903 and IH 30, still in Hunt County. The officer reported seeing the woman jump from the RV near FM 35 while it was still going at high speed. The woman was taken to Baylor Memorial Hospital in Dallas and treated for gunshot wounds. Her current condition is not known.