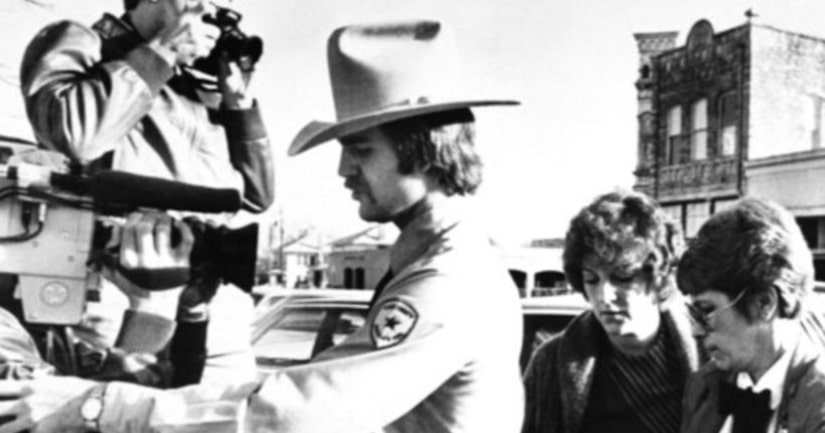 DALLAS -- (KXAN) -- A Texas nurse who is in prison for the 1984 killing of a toddler has been charged with murder in the 1981 death of an infant, and authorities said Friday that they think she may have killed up to 60 young children around that time.

Genene Jones, 66, has been serving concurrent sentences at a prison in Gatesville for two 1984 convictions: a 99-year prison sentence for murder in the death of 15-month-old Chelsea McClelland, who was given a fatal injection of a muscle relaxant, and a 60-year term for injury to a child for giving 4-week-old Rolando Santos a large injection of the blood-thinner Heparin, which he survived.

On Thursday, the Bexar County district attorney's office announced that a grand jury had returned a murder indictment against Jones in the 1981 death of 11-month-old Joshua Sawyer, who investigators say died of a fatal overdose of an anti-seizure drug, Dilantin.

During Jones' time working in hospitals and clinics in San Antonio and elsewhere in Texas, children died of unexplained seizures and other complications.

At a news conference Friday in San Antonio, District Attorney Nico LaHood said investigators believe Jones may have killed some or all of those children because they died under unusual circumstances during or shortly after her shifts.

“She's been suspected in dozens of infant deaths and she's only been held accountable in one,” he said.

LaHood said the new murder charge is based on fresh evidence that came to light and a review of old evidence. He also said the deaths of some of the other children are being re-examined and that additional charges could be coming.