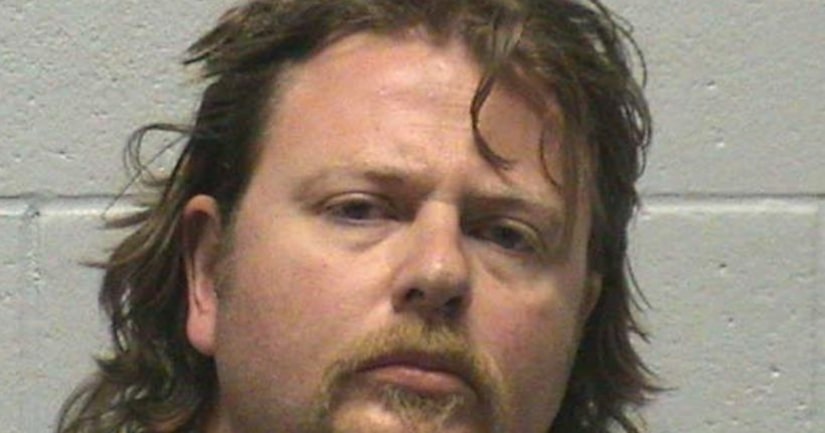 MOUND HOUSE, Nev. -- (KRXI) -- An ex-Central Transport employee was arrested Thursday after stealing an 18-wheeler and backing it into the Moonlite Bunny Ranch brothel in Mound House.

"They just backed a giant 18-wheeler through the front door of the Bunny Ranch," owner Dennis Hof said. "It was like a sonic boom."

One of his working girls was inside the brothel when the big rig came crashing in. She said, "I was sleeping and then the whole building just shook and so I got out and there was chaos everywhere and then I saw a giant 18-wheeler in the building, I was like oh my god what had happened!?"

Although the front of the brothel suffered extensive damages, no injuries were reported as a result of the crash.

Director of Corporate Safety for Central Transport Bill Chapman confirms Brian Brandt, 40, of Reno was behind the wheel. He said Brandt was terminated by the company on Feb. 14, 2017, due to accident related measures.

Chapman said an employee at his Sparks facility was physically assaulted with a 4-foot steel bar on May 17, 2017, and that Brandt was apprehended by police shortly thereafter. According to the Washoe County Sheriff's Office booking log, Brandt was arrested on May 17 on battery and conspiracy to destroy property charges. News 4-Fox 11 has also reached out to Sparks Police to confirm the May 17 arrest.

On the morning of Thursday, May 25, Chapman said an employee arrived at the Sparks trucking dock and found several windows shattered and a door kicked in. The employee notified Chapman of a missing truck and trailer.

After an 18-wheeler backed into the entrance of the brothel, authorities determined Brandt had stolen the truck and trailer.

Michael Carlson with the Lyon County Sheriff's Office and Chapman both confirm Brandt was wearing a bullet-proof vest and a mask when the incident occurred. Bunny Ranch owner Dennis Hof said he saw Brandt wearing a helmet as well.

Hof said, "I think he just wanted notoriety and this is the place to get it. He's all over the world- the news!"

Authorities still haven't released a motive behind the incident on Thursday morning, but News 4's Joe Hart got a call from a man named Brian Brandt earlier this month. Hart said the man was very upset and claimed he had a bad experience at the Bunny Ranch about 20 years ago.