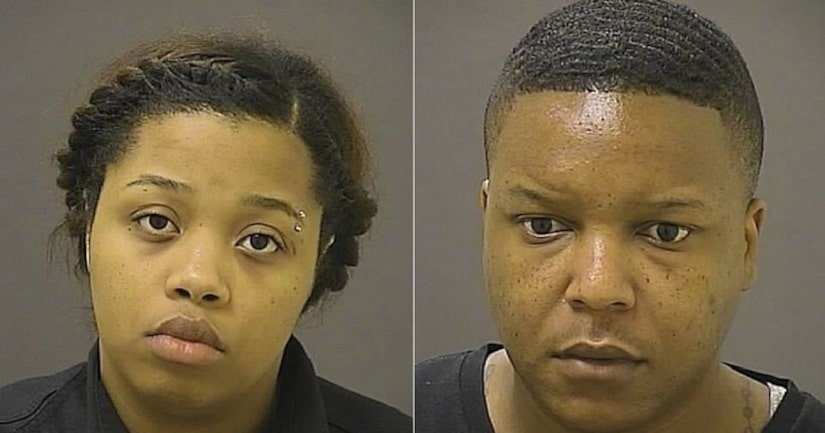 BALTIMORE -- (WBFF) -- A couple charged in the August 2016 death of a 2-year-old from a methadone overdose have pleaded guilty, announced the Baltimore State's Attorney's Office.

Sinead McNair and Alvin Thompson each pleaded guilty to one count of child abuse resulting in death after Korri Thompson, 2, was found in critical condition.

Investigators learned that McNair had found the child in the bathroom with a bottle that contained a drink of half-and-half laced with prescribed methadone.

Thompson and McNair asked if she drank anything from the bottle, but she said no. Thompson tried to take her for a walk, but she had difficulty walking. McNair said her daughter looked lethargic and slept most of the afternoon.

When Thompson put her to sleep for the night, he noticed her heart was not "beating properly," and tried to splash her with water. He ultimately dressed her and took her to the hospital.

More than 14 hours had passed at that point. The couple told police they were afraid, which kept them from seeking medical help for their daughter sooner.

The Office of the Medical Examiner ruled the case was a homicide caused by methadone intoxication, noting the death could have been prevented with a dose of Naloxone.

"The saddest part of this case is that had the parents brought this precious child in for care as soon as she started showing symptoms, she likely would have survived," said State's Attorney Marilyn Mosby. "It is always a tragedy when we lose such a young life, but it's even more exacerbating when the child's death is caused by the neglect of her own parents. My hope is that the rest of Korri's family heals from this and her parents get the help they need while incarcerated."