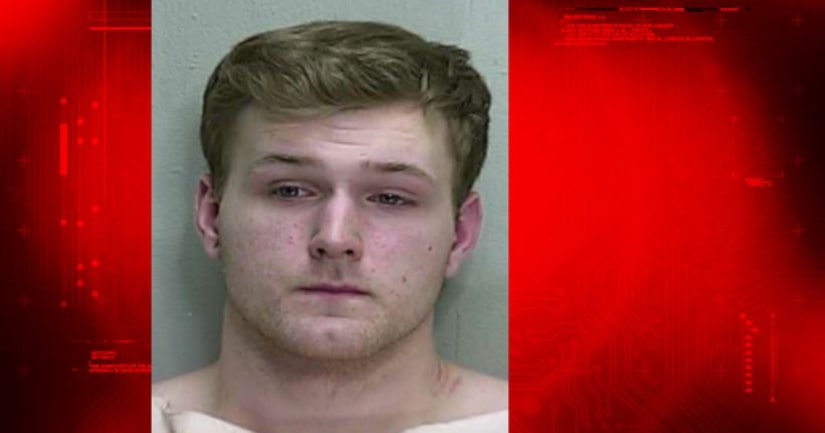 MARION COUNTY, Fla. -- (WKMG) -- A man in Marion County was arrested Tuesday on several charges after getting into an argument with a woman about the pictures he received on Snapchat from other women.

The woman told police that she and Ryan Fowler, 22, got into an argument and he started calling her names and became irate, the report said.

The victim told deputies she went inside the home to grab her things and leave when Fowler "chased after her and punched her with a closed fist in the head and stomach," the report said.

Fowler began to throw the belongings of the woman and a baby who was in the home at the time outside, the report said.

Deputies said Fowler picked up a car seat with the over two-month-old infant inside and threw it out the front door.

The victim told deputies that as she ran after the child who was thrown, Fowler slapped her in the back of the head, the report states.

A neighbor who was an eyewitness to the incident told the victim that she could come to her house until sheriff's deputies arrived.

The witness told deputies that she saw Fowler throw the car seat out the door and saw it land on the front porch.

Deputies said Fowler took off on a skateboard once they were called.