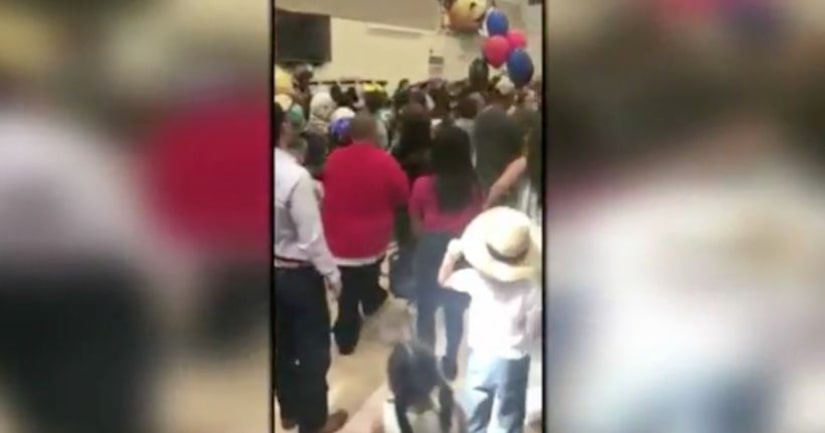 ALBUQUERQUE, N.M. -- (KRQE) -- Police ended up called to a graduation ceremony — a kindergarten ceremony at that.

The little ones at Dolores Gonzales Elementary in Albuquerque watched in disbelief as a fight broke out among adults in the audience during the ceremony marking their graduation from kindergarten.

“All commotion just broke lose. Everyone just started jumping in, instead of just letting them handle it themselves,” said Queen Nunez, a parent in attendance.

“I just ran to get my son to get out of there,” said Nunez.

An Albuquerque Public Schools spokesperson confirmed that police were called to the campus gym after the fight broke initially between two adults. The ceremony was interrupted, but later resumed.

“They're innocent,” Estela Claville said of the kindergartners.

Claville is a grandparent who was attending the ceremony.

“It just went to a full brawl during the middle of the whole section where the parents were sitting,” said Claville.

“I'm very disappointed. It's such a shame that these grown-ups would display that type of behavior during a kindergarten ceremony,” she added. “Nobody could make out exactly what was going on, except for screaming and yelling.”