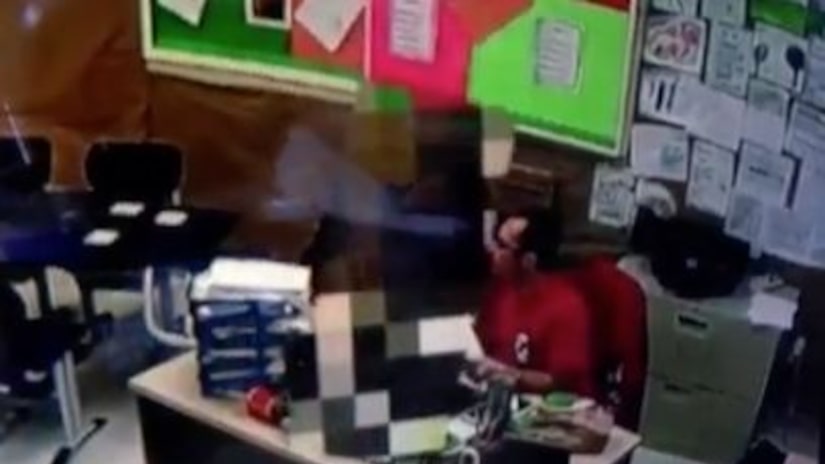 BOCA RATON, Fla. -- (KRON) -- Surveillance video of a Boca Raton teacher kissing a student on the lips at Somerset Academy has been released.

Brian Kornbluth pleaded guilty to kissing the student and received a year of probation.

The school's governing board released the following statement when asked for a comment: "Somerset Academy immediately released the teacher from his position at the school upon learning of his actions and notified authorities. We have no further comment."