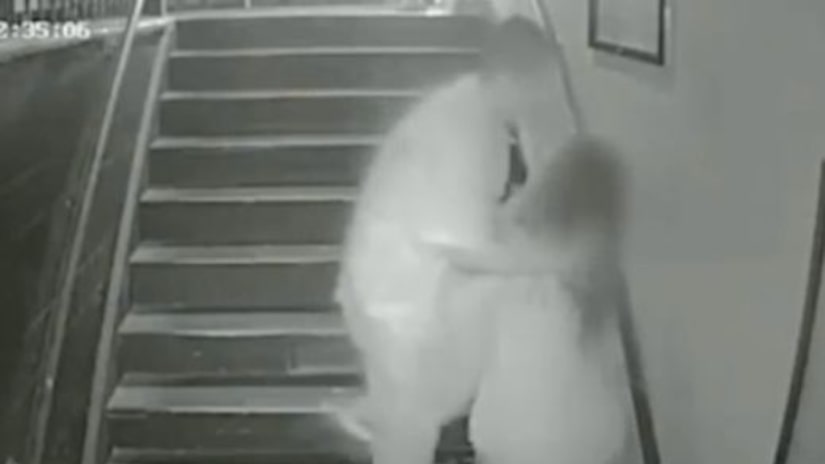 SANTA ANA, Calif. -- (KTLA) -- Santa Ana police on Tuesday released surveillance video as they sought the public's help in locating a man who attempted to rape a woman in the downtown area over the weekend.

Officers responded to a 7-Eleven store at First and Flower streets around 3 a.m. Sunday after a 26-year-old woman requested police assistance, according to the Santa Ana Police Department.

The victim told authorities the incident began after she went inside a bar to use the restroom. A short time after leaving the location, she was confronted by a male stranger -- who had been following her -- in a stairwell near Third Street and Broadway.