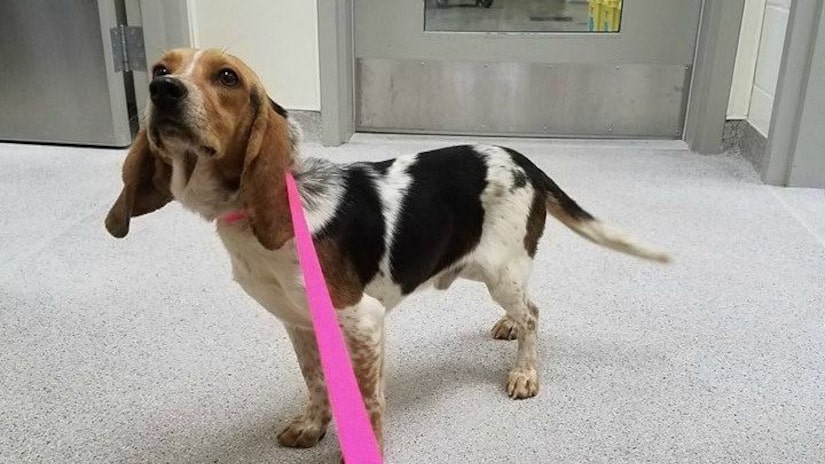 The shelter said the dog named “Castor” was picked up by an Animal Services Officer off Walton Lake Road.

“It is hard to believe that people still believe the myth that putting motor oil on a dog will cure mange,” the Prince George County Animal Shelter wrote on Facebook.

Mange, also known as canine scabies, is a skin disease caused by several species of tiny mites that live in the hair follicles, skin surface, or oil glands of dogs.

In addition to not being a proper treatment for mange, motor oil is highly toxic to pets and dogs.

The Shelter said Castor is doing well after being bathed a couple of times, but more bathing is needed to rinse the oil off his skin and coat.

“He is an absolute sweetheart,” the shelter said.

They are now cautioning pet owners to the dangers of using motor oil to treat Mange.