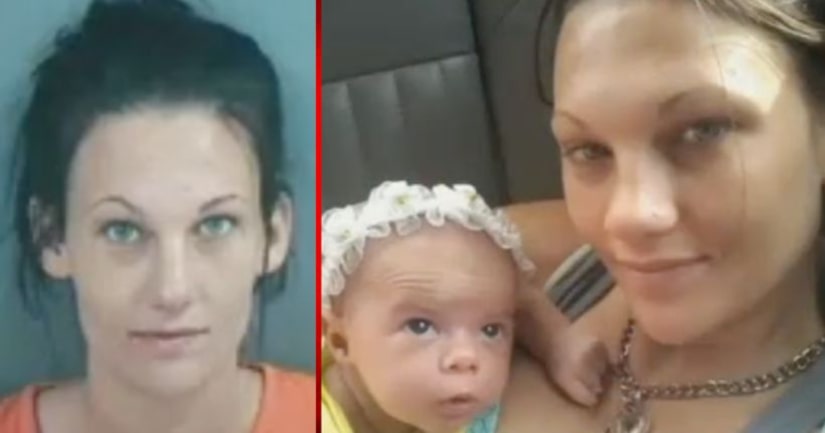 COLLIER COUNTY, Fla. -- (WBBH) -- Investigators say a 2-month-old Collier County baby had cocaine and other drugs in her system when she died.

The mother, Krystal Williams, made her first appearance Tuesday in court, where a judge set bond at nearly half a million dollars.

Williams was already under investigation by the Department of Children and Families in the weeks leading up to Abigail's death. The friend she was living with in an East Naples apartment called the agency twice, worried about Williams' alleged heroin and Xanax use.

Deputies say that on the morning of September 12, Williams was trying to put her 8-week-old daughter, Abigail Benavides, to bed. According to the arrest affidavit, she later admitted to a nurse that Abigail wouldn't stop crying, so she held her hand over her mouth to silence her and went to take a nap. The medical examiner said that smothering killed her baby, along with cocaine and other drugs in the baby's system.

When Williams got up from her nap, Abigail wasn't responding. She rushed her baby to the hospital but ran out of gas on the way. It took her a half hour from when she left her home to call 911.

Williams said she was on Xanax at the time. Deputies also found a bag of cocaine in a bowl with baby formula next to her bed.

FULL STORY: Collier County baby had drugs in system when she died - WBBH