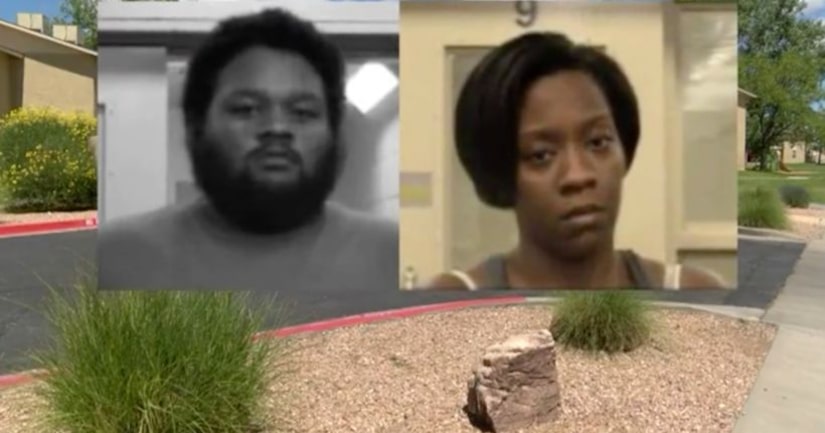 ALBUQUERQUE, N.M. -- (KRQE) -- Police have uncovered a terrible story of abuse after a 5-year-old boy showed up at the hospital drunk.

Now, his dad and stepmom are behind bars, and police say the history of abuse runs deep.

According to police, the kids opened right up about all the abuse they have suffered in their short lives.

Police say the 5-year-old boy and his two siblings were subjected to physical abuse with hangers, shoes and other objects by his dad, 25-year-old old Tyriese Howard and his girlfriend, 23-year-old Breya Allen, who the kids refer to as “mom.”

According to the criminal complaint, the conditions were so bad, the boy ended up in the hospital with a .2 blood alcohol level after drinking mouthwash because he was thirsty.

Albuquerque police said they have been called out to the apartment seven times over the past three years. Two of those were welfare checks.

The Albuquerque Police Department could not say if those two calls were to check on the kids, but the latest came just in February.

The children told officers about the pattern of abuse — something which neighbors say they witnessed first hand.

“Whenever the mom would get upset, she would grab the kids from one arm, and like, drag them,” one neighbor said.