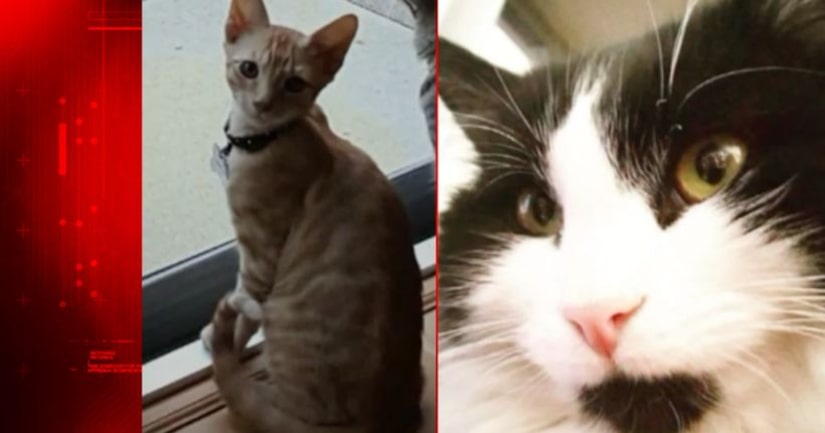 CITRUS HEIGHTS, Calif. -- (KTXL) -- Cats have gone missing from a Citrus Heights neighborhood recently and two nuns have admitted to trapping and relocating some of the felines.

Gallant Circle in Citrus Heights is normally a cat-friendly neighborhood. But a woman says she saw something in her neighbor's backyard that she couldn't ignore.

"And I looked through the fence to my neighbor's yard and I see a black cat in a trap," she said.

The resident asked FOX40 not to show her face or give her name because she too feels she is a victim of what has gone on next door. Her cat has been missing now since the beginning of the month and she even confronted the two women, both nuns, who were setting the traps.

"From what I gathered from my discussion that morning was they dumped him, and her reasoning was the owners may get the cats and bring them back," she said.

"Certainly trapping these cats, or any animal in your backyard is not recommended, right?" said Officer Anthony Boehle of the Citrus Heights Police Department. "No it's not and it can be risky."

Police in Citrus Heights, along with Animal Control, have become involved in the case. They say the two nuns were upset that cats were getting into their garden.

"For lack of a better term, these two ladies were at their wit's end and they just wanted some peace, and if they couldn't move themselves then they might be able to move the other half of the problem, which was the cats," Boehle said.

According to the police reports, the two nuns took the cats to a location near Interstate 80.

"The animals were not collared," Boehle said. "It did not appear they were owned by anyone, and they didn't think they were doing anything wrong. They were simply solving a problem they were having."

"I feel it was heartless and unforgivable," the nuns' neighbor said. "This was a family member."

Others in the neighborhood have said that their cats have come up missing as well.

Carlie Carver shared her pictures of Valor, who disappeared without a trace, and said by her count as many as six or more cats from Gallant Circle have gone missing recently.

Police cannot, at this point, connect the dots because the nuns say all the cats they've admitted to relocating did not have collars on them, so they thought they were strays.