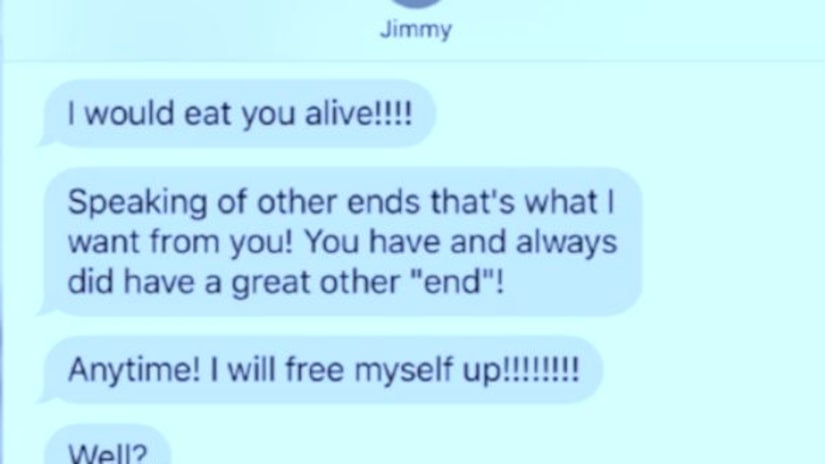 BAYONNE, N.J. -- (WPIX) -- Stacie Percella said her former boss and Bayonne's Mayor Jimmy Davis has been sending her salacious text messages about her body and sex, and allegedly pressed her to go away with him on secret getaways.

She said she tried to ignore the advances for years, but recently decided to go public with it because she heard the mayor was spreading rumors about her.

"I came out because he was saying lies that someone stole his phone and texted me all those messages," she said.