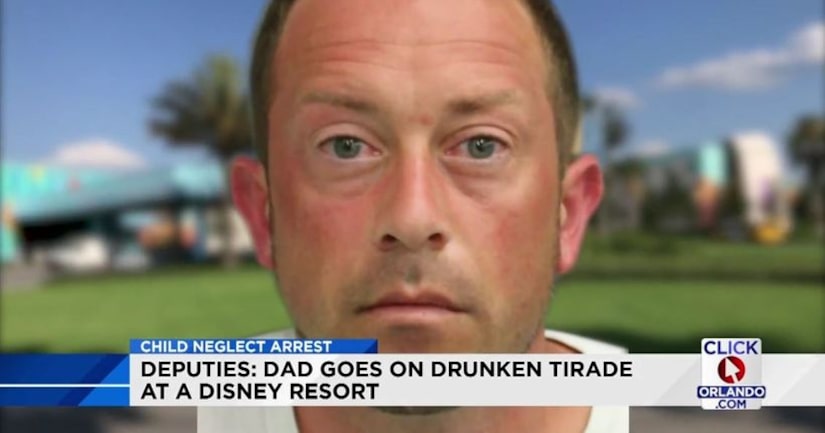 BRUNSWICK, Fla. -- (WKMG) -- The wife of an Ohio man accused of neglecting his infant son while drinking poolside at Disney World says he has an alcohol problem but disputes the criminal charge against him.

Brian Olmstead, of Brunswick, was arrested Monday at Disney World, accused of allowing his 7-month-old son to become severely sunburned as Olmstead drank at a poolside bar.

His wife, Destiny, told WKYC-TV that their son's redness was caused by eczema and he only suffered a small, mild burn.

She said her husband disputes accusations that he charged at people with a stroller and used racial slurs. He did become angry with a couple who accused him of being an unfit father, she said.

FULL STORY: Wife of man accused of child neglect at Disney comes to his defense - WKMG