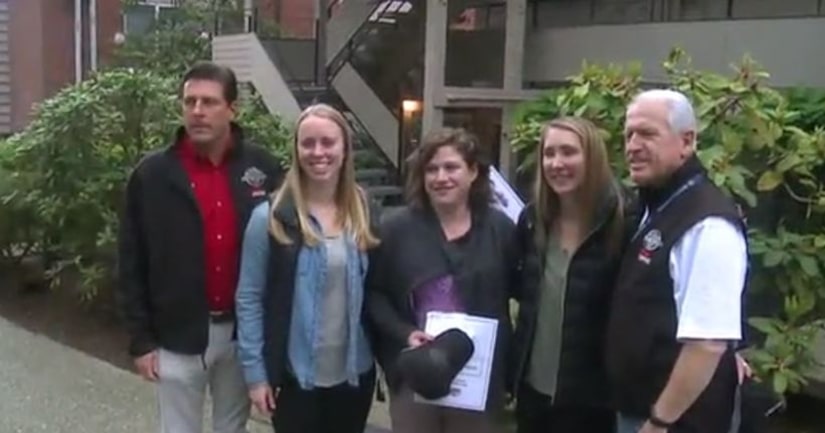 SEATTLE -- (KCPQ) -- Anna Steger and Katie Brudwick were driving back to work last month on East Terrace Street in Seattle when they heard a woman's screams.

“As I slowed down and we realized it wasn't just a playful push to the ground, that's when I honked,” said Brudwick.

The woman was fighting with a suspect who had attacked her from behind and was trying to pull down her pants. Brudwick starting honking as Steger rolled down her window.