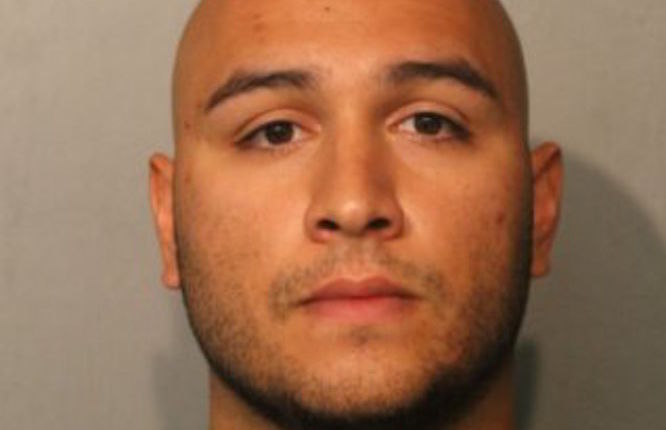 CHICAGO -- (WGN) -- The man who was caught on camera punching a security guard has been charged.

The man, identified as 23-year-old Matthew De Leon was placed into custody after being positively identified as the offender who punched 46-year-old Zoa Stigler on the 600 block of N. Franklin Sunday night.