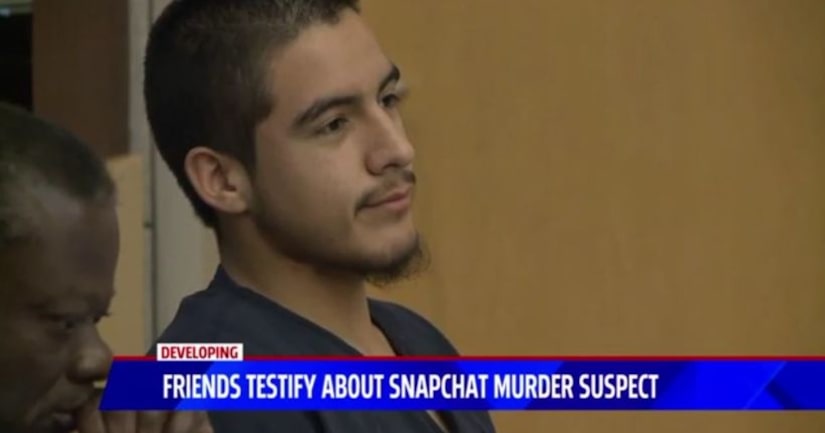 VISTA, Calif. -- (KSWB) -- A 19-year-old man accused of killing a close friend during an alcohol-fueled fight, then dumping the victim's body in Valley Center and bragging about his actions on the Snapchat social media app, must stand trial for murder, a judge ruled Tuesday.

Salvador Alejandro Sanchez of Escondido faces 25 years to life in prison if convicted of the death last month of 20-year-old Maithem Alfuraiji.

Investigators who testified during the defendant's preliminary hearing alleged that Sanchez lived by the loyalty creed of "ride or die" from the movie series "Fast and Furious" and on April 27 challenged Alfuraiji to a fight to the death and killed him.

Sanchez allegedly walked with Alfuraiji to an Escondido park. The two talked about disappointments in their life before a fight broke out, a prosecutor said. Sanchez, a former high school wrestler, is accused of putting Alfuraiji in a choke hold until he died, an investigator said.

Sanchez allegedly "dumped the victim's body and buried it in tall grass" in an area off East Paradise Creek Lane in Valley Center, police have said.

On April 29, friends of the victim saw Snapchat posts from the suspect alluding to a possible homicide and alerted the San Diego County Sheriff's department, which in turn notified the Escondido Police Department.