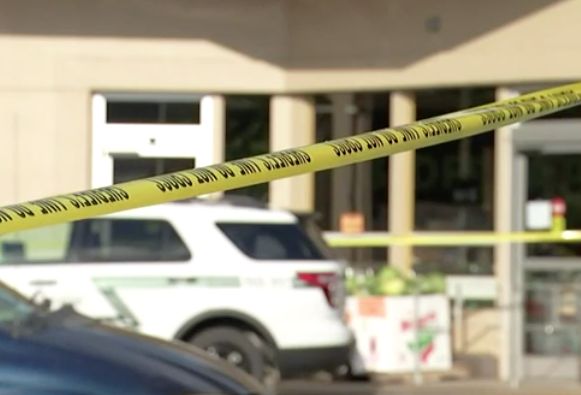 KCPQ
KCPQ - "The suspect was transported to a local hospital."

ESTACADA, Ore. -- (KCPQ) -- Sheriff's authorities say a man drenched in blood walked into an Oregon grocery store Sunday afternoon carrying a knife in one hand, and a severed human head in the other, according to KGW-TV.

Once inside the Estacada Thriftway Harvest Market, deputies say the man stabbed an employee.

Co-workers of that employee rushed in and tackled the suspect, pinning him until law enforcement arrived.