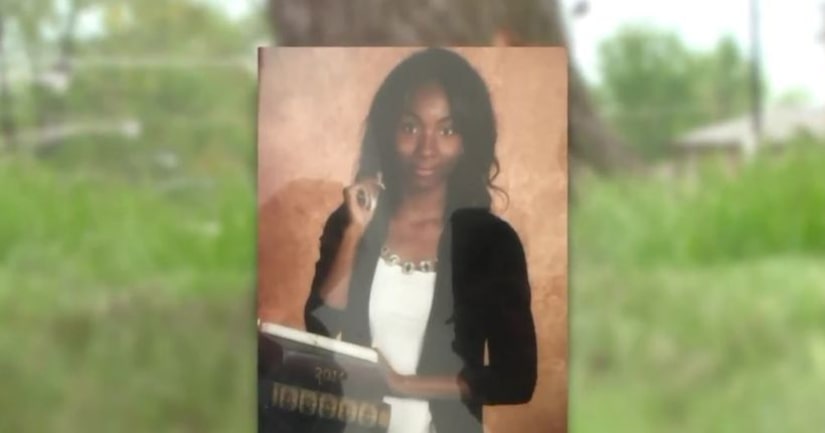 CHICAGO -- (WGN) -- A 17-year-old girl was rammed into a tree and killed after an argument with a friend.

Police have one suspect in custody, but they are still trying to piece together the events leading up to the violent death.

Tire tracks in the grass and on the sidewalk, and the chunk missing from a tree tell part of the story-- that neighbors can only describe with one word, “devastating.”

17-year-old Tatyanna Lewis was chased by a woman driving a jeep, then rammed into the tree repeatedly, and killed.

“It was very heartbreaking to see that, and then just to see her laying on the ground helpless, you can't really do nothing, but call the police,” Joneise Mayfield, who witnessed the tragedy, said. “When I came out the driver of the jeep was pulling on to the sidewalk.”

Brittney Patrick said she “heard an argument outside, I look out my window and then I see a girl getting rammed into a tree.”

Police say a damaged Jeep Liberty – complete with tree bark embedded in its crushed bumper –was found about a half mile from the scene.

Police say a 24-year-old woman is in custody – she is awaiting charges.

Community Activist Andrew Holmes said “Now you've got two lives lost, the one that hit her and then eventually her life is lost.”

The motive for the attack is unclear, but friends of the victims say it started with a dispute on social media.