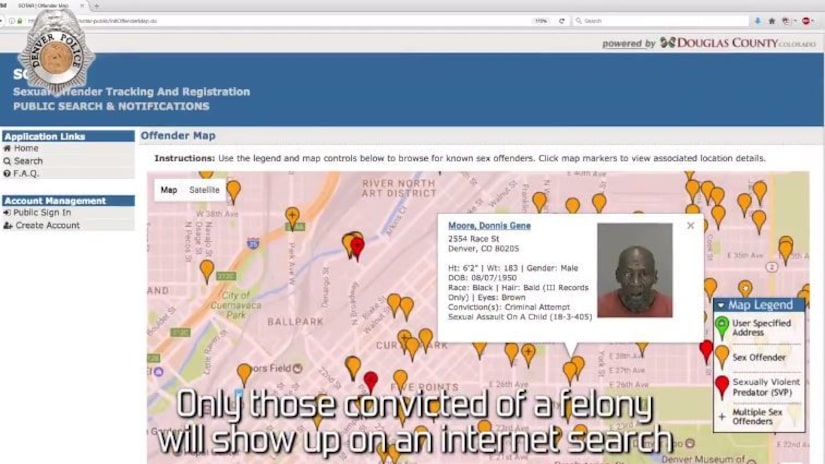 DENVER -- (KDVR) -- The Denver Police Department is sounding the alarm and warning parents that the system can't always keep children safe from predators.

In a video released Sunday, an official debunks common myths about the public's safety from sex offenders.

Among the widely held beliefs that aren't true is the comfort of knowing someone who is convicted of an offense always goes to jail. Many offenders end up on probation and are immediately released back into society.

According to the official, a sex offender is only prohibited from contact with children if the terms of their probation or parole order specifically say they need to keep away.

Also, searching for sex offenders in neighborhoods only list those who have been convicted of a felony. Predators convicted of misdemeanor offenses — even unlawful sexual contact — cannot be found online.