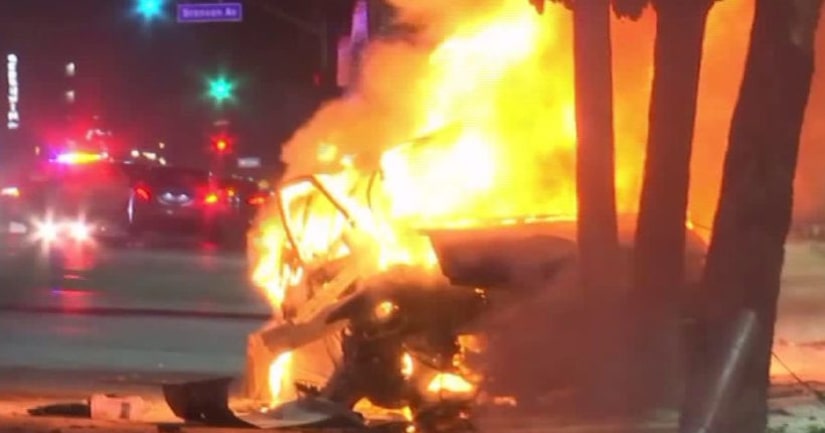 HOLLYWOOD, LOS ANGELES -- (KTLA) -- Two people were killed after the vehicle they were in crashed into a tree and burst into flames in Hollywood while they were apparently fleeing police, Los Angeles Police officials said Sunday.

The crash was reported about 2 a.m. when police spotted a car that had been reported stolen.

Officers attempted to stop the driver, but the person sped off. Witnesses at the scene said the driver was going about 70 mph before the person crashed near the intersection of Hollywood Boulevard and Gower Street.

"It's clear that at one point they lost control," LAPD Sgt. Barry Montgomery said about the driver. "It was short of a miracle that nobody on the sidewalk or other vehicles were struck."