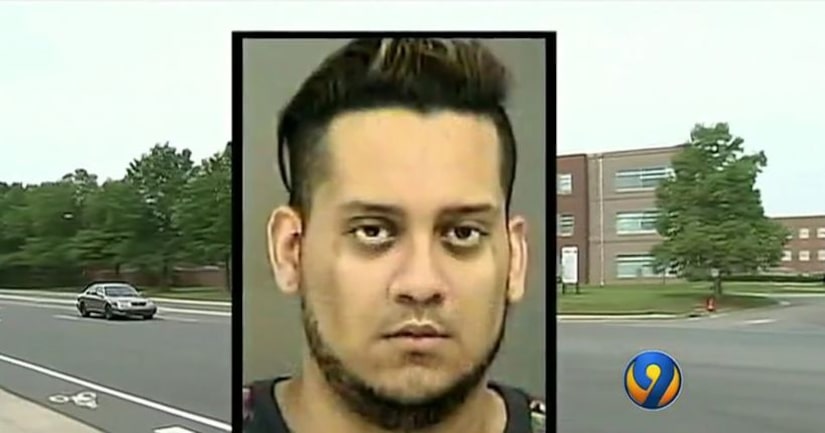 Juan Carlos Vazquez, an English teacher at the school, was arrested and charged with three felony counts of indecent liberties with a student, as well as three sex acts with a student.

Channel 9 learned that the victims are two male students, ages 17 and 18.

Vazquez promised good grades for sex acts, according to the district attorney's office.

One victim was photographed in his underwear, prosecutors said.