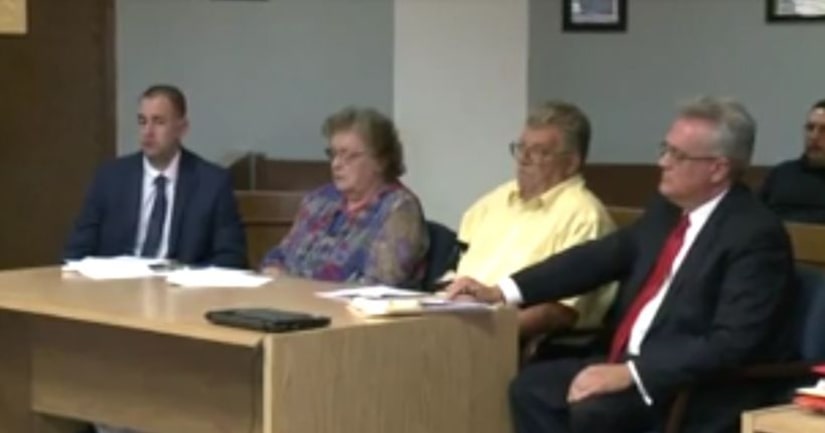 ReJeana Moss, 66, and her husband David Moss, 60, faced Judge Marianne Sezon more than a year after being indicted for the abuse inside their house of horrors in Dorset Township.

Prosecutors said a developmentally delayed adult male, and two teenage girls were locked inside separate rooms with only a bed and bucket for 22 to 23 hours a day.

Windows were covered with plywood and curtains were nailed down to prevent the victims from seeing outside; a homemade wooden paddle was reportedly stained with blood from being used so frequently and harshly.

A younger pre-teenage boy was not locked up, but all suffered emotionally.

“This is one of the most egregious child abuse cases that I've ever had to prosecute or been involved with in 27 years of practicing law,” said Nicholas Iarocci, Ashtabula County Prosecutor.

The children now aged 12, 16, 18 and 22 were permanently removed from the home in September 2013 after the girls picked the lock and escaped.