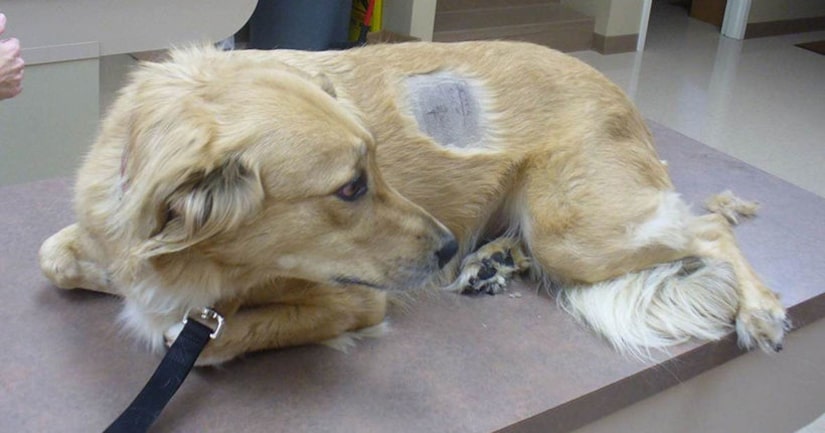 CHARLOTTE, N.C. -- (WSOC) -- Some drug addicts are using their pets to get painkillers for themselves. Some steal their animals' prescriptions, but some do even worse - maiming their pets so veterinarians will prescribe the drugs.

Many cases involve Tramadol. It's less expensive than other painkillers, like hydrocodone, and veterinarians tend to prescribe it for animals in pain.

Alice was a 4-year-old retriever. Her owner, Heather Pereira, admitted to taking a razor and slicing Alice's leg to get Tramadol.

When police pulled Pereira in for questioning, she at first denied harming her dog.

“So, Heather, I just want to know, how did your dog really get hurt? I know it was deliberate,” an officer said during questioning.

“The one today, I swear on my family's life, I did not do that today,” Pereira said.

“Well, then, how can you cut that dog?” the officer questioned.

“With the same razor?” the officer questioned.

“Different razors. They were clean, but I threw them away afterwards,” Pereira said.

Pereira's confession happened in 2014 in Elizabethtown, Kentucky. She pleaded guilty to fraud and animal torture charges and served two years behind bars.

Police said someone at the animal hospital adopted Alice and she's living happily on a 10-acre farm.

There was another case in 2016 in Oregon involving dogs and Tramadol.

Investigators raided a home where they said they found more than a dozen dogs living in filth and more than 100,000 Tramadol pills. It's not clear if the suspects were using the dogs to get painkillers.

Some addicts search around for gullible vets, what some call "doggy doctor shopping."

Melanie Skinner is a vet tech and never thought much about pet owners trying to score drugs.

That was until the '90s when the vet she worked for suspected a patient was doing exactly that.

"The thought that anyone would purposely harm an animal to get drugs or not give an animal drugs that they need to ease their pain, that's very distressing to me. But they do it in the human field too,” Skinner said.

Skinner runs the only vet tech program in the Charlotte area. It's at Gaston College and it actually teaches students to spot painkiller abuse by pet owners. It's all part of the curriculum.

In South Carolina, vets are required to report any time they dispense more than a five-day supply of painkillers.

North Carolina lawmakers are looking at a similar bill right now. It passed the House and is working its way through the Senate.