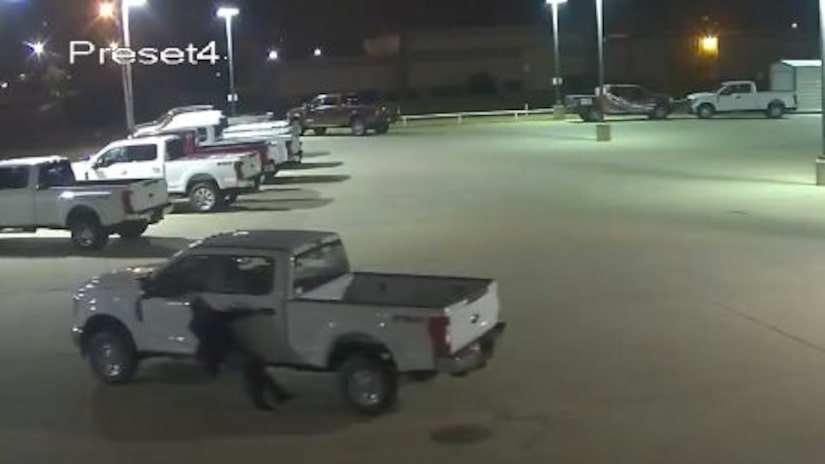 OKLAHOMA CITY -- (KFOR) -- Stealing a truck proved to be an even riskier crime for a pair of alleged thieves – when the truck rolled away from them.

Police said, on March 27 at the lot of Reynolds Ford on N.W. Expressway, the two managed to unlock the truck's transmission, causing it to roll back in neutral.

As one of the suspects pulled on a door handle attempting to stop the truck, the other reportedly began shooting out windows with a BB gun.

Both of them then gave up, and that's when the runaway truck came to a full stop by itself.