The Santa Clarita Valley Signal reports Daniel Cierzan, the nephew of William Cierzan, who disappeared three years ago, has been arrested by homicide detectives.

Daniel Cierzan, 24, was arrested on July 31 on suspicion of murder, according to the Los Angeles County Sheriff's Dept. 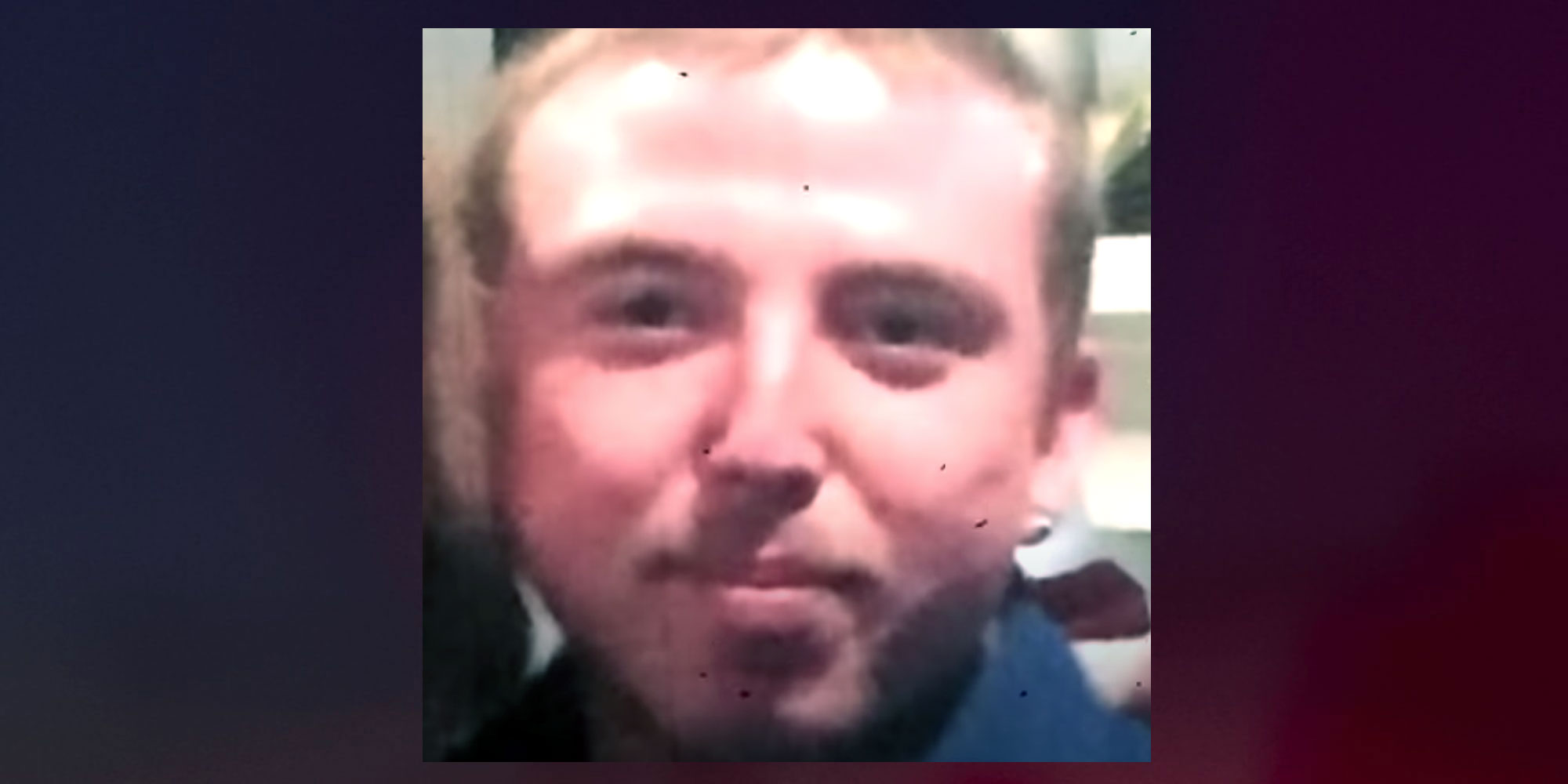 William Cierzan's remains have not been located, according to the department. Murder charges were expected to be filed in San Fernando Court on August 4, 2020.

It's a puzzling mystery: A wife returns home to find her husband missing, dinner still cooking on the stove, his wallet and keys still on the counter.

A beer run to 7-Eleven is believed to be the last trip of William Cierzan's life.

"He's not the type of person who would just decide to start a new life and run away," said Ana Peck, Cierzan's sister.

On the night of January 26, after preparing dinner for his wife, Will Cierzan vanished.

The disappearance has bitterly divided his family. And surveillance video has put one of them under a dark cloud of suspicion.

Will Cierzan, a religious man, rarely strayed far from home.

"He's somewhat of a homebody. He enjoys staying at home watching sports. He enjoys golf very much and plays it and he collects Coca-Cola memorabilia," said L.A. County Sheriff's Detective Ralph Hernandez.

It was a simple life shared with his wife of 28 years, Linda, and their two dogs in a modest home in Santa Clarita, a Los Angeles suburb. Will worked part-time in the gift shop at nearby Six Flags Magic Mountain.

"Will was happy, he loved his life," said Andrea Peck, Will's sister.

Will and Linda never had kids of their own, but his close bond with one of his nephews is very important to him.

"Danny was to my brother sort of like maybe the son he never had," said Andrea.

So on a chilly day in January, according to his family, Will invited Danny over to watch his favorite sport.

"Will was very excited that day cause Tiger Woods was back," said Andrea.

But before Tiger teed off for his big PGA return, the two men headed out to buy beer.

"Sometime I believe it's around noon, two individuals are seen leaving the residence and driving away," said Det. Hernandez. "At some point Will is seen at a local 7-Eleven purchasing some beer."

Detectives say video from a neighbor's security camera shows the two men returning to Will's home. Investigators don't know how he got out of the house after that.

By all accounts, the rest of the afternoon was quiet at the Cierzan home. The next time anyone heard from Will or Daniel was around 4:30, when Will called his wife at work.

"He was in a really good mood, he was happy," wife Linda said at a sheriff's news conference. "He was telling me he was making dinner because he likes to cook now and that he had a good day watching golf."

But that's the last time Linda heard her husband's voice. When she arrived home a couple hours later, dinner was ready but Will was gone. He had left his wallet, his keys, credit card, ATM card, his vehicle all behind. He'd also left behind his cellphone.

"She said 'You know I've called Danny, he said he doesn't know anything, that he left at 1:30 that day and that he doesn't know what could've happened to Will,'" said Andrea Peck.

Later that night the worried wife filed a missing-person report. The next day, when Will still hadn't come home, she did a little detective work of her own and made a startling discovery.

"The next day Linda learns of a surveillance video from across the street and based off of what she sees on video she believes it conflicts with a previous statement from the nephew," said Det. Hernandez.

According to Linda, Danny said he left her house around 1:30 in the afternoon. But grainy surveillance video from across the street at 5 o'clock shows a vehicle that "appears similar" to Danny's SUV backing into the driveway.

Detectives say they can't be certain it's Danny's SUV backing up to the house, but his Aunt Andrea says she has no doubt.

"I'm 100-percent sure it's Danny's car," said Andrea. "I helped Danny buy that truck because Danny didn't have any money."

When detectives returned to the Cierzan's home to review the footage for themselves, they made another even more disturbing discovery.

"This time they locate what they believe to be apparent bloodstains in the home," said Det. Ralph Hernandez

Now, in a Crime Watch Daily Exclusive, the L.A. County Sheriff's Department reveals the results of a blood analysis.

"To this point, now we're able to confirm that the blood in fact is our missing person, William Cierzan," said Hernandez.

Inside his home is not the only place where the missing man's blood has turned up, but authorities can't release that information yet other than to say it was found outside of the house.

"It really appears that an assault occurred, and the fact that we can't find Will is the reason why this now a homicide investigation," said Det. Hernandez.

And the person at the center of that investigation is Will's nephew Daniel Cierzan.

"He is likely the last person to have seen Will, and coupled with the fact that the vehicle that's seen on video is very similar to his vehicle," said Hernandez.

Detectives say Danny is currently their only person of interest.

But his Aunt Andrea believes others in the family know more than they're telling.

"He will not answer the family's question, he won't stand up to Danny and find out what happened that day, or he has done it and he won't tell us," said Andrea.

More than five months after her husband vanished without a trace, Linda Cierzan is desperate for answers.

L.A. County Sheriff's detectives believe new evidence in the case has brought them closer to solving his mysterious disappearance.

Neighbors say they remember seeing a car in the driveway just hours before Will Cierzan vanished. And they also say they believe that car had been there before.

Despite desperate pleas for help from his heart broken wife and after months of searching, what happened to Will Cierzan remains a mystery.

Surveillance video from a neighbor's camera across the street shows what happened shortly after Linda spoke with Will on the phone in the late afternoon as he prepared dinner.

"At about 5 p.m. an individual is seen coming out of the residence boarding the SUV, taking it from its parked position on the street and backing it into the driveway," said Det. Ralph Hernandez.

Will's sister Andrea Peck insists the SUV belongs to her nephew Daniel Cierzan. But because of the camera angle, detectives say they can't be certain.

"It appears very similar as the nephew's vehicle," said Hernandez.

Andrea Peck claims Danny and his father Chuck had both told the family something different.

"Danny had lied that he left at 1:30. My brother Chuck lied that he came home at 4," said Andrea Peck. "There's too many inconsistencies."

And if it was in fact Danny behind the wheel, why would he back into the driveway for 10 minutes before leaving?

"The car driving up only implied to me that somebody loaded something into the back of that truck," said Andrea.

New blood evidence has detectives fearing the worst has happened to William Cierzan. Do they think Will is dead?

In a Crime Watch Daily Exclusive, Det. Hernandez reveals the results of a blood analysis: "We've been able to confirm that it is in fact Will's blood that we found inside his home, as well as a source outside of his home."

Investigators tell Crime Watch Daily that both Danny and his father were brought in for questioning and have given statements. Danny's SUV has been searched for evidence.

"We did impound the vehicle," said Hernandez. "We're not commenting on what evidence we located inside the vehicle."

Apparently Danny is no longer commenting either. Andrea Peck says she hasn't seen her nephew or his father since two days after Will vanished.

Andrea believes without a doubt her nephew knows what happened to her brother. And she's tried repeatedly to get him or his father to tell the family what they know.

"I did many times call my brother on the phone and say 'Why are you lying, why are you not telling the truth? Why did Danny lie?'" said Andrea. "And whenever I would do that they would say 'I can't discuss his case with you because our attorney told us we can't discuss the case with family.'"

And they didn't want to discuss it with us either. Crime Watch Daily visited both Danny and Chuck at their home, but both men drove away separately as we approached.

With both Danny and his dad Chuck going silent, the family can only speculate about what may have happened that January afternoon.

Andrea Peck claims her nephew has lead a troubled life since dropping out of high school.

"I think unfortunately Danny got involved in some gang activity," said Andrea. "He got involved in some kind of drugs and so there were some arrests, we understand, during that time. I think that they might have gotten into an argument, it either was something to do with drugs that Danny was dealing with."

"When he came back my brother Will talked to me early January and said 'Danny is a little distant, something is not right,' and he was going to get to the bottom of it. And I never heard the rest of that," said Andrea. "And then my brother disappeared."

And even though no money was taken from Will's home that day, she thinks there could have been a dispute over money.

"My brother Will had alluded that there had been money, little tiny things missing in the home, like there had been some money taken, there had been a gift card taken," said Andrea Peck, William's sister. "So I think he was starting to be suspicious that something was going on with Danny."

Neither Danny nor his father have been charged with any crime in the disappearance of William Cierzan.

Still, thinking about the blood evidence found by cops, along with video from the driveway, Andrea Peck has a hard time facing the grim reality of what may have happened to her brother.

Does she think her nephew killed her brother?

"I never want to believe that, you know, you just, your mind will not let you believe that, but I can't find anybody else that knows where my brother is," said Andrea. "You know, I can forgive people who make mistakes, but I can't forgive people who won't do the right thing, and to me this is injustice for Will. Just step up, do the right thing no matter what it is, the family can accept.

"I just want to bring Will home, one way or another," said Andrea.

There is a $20,000 reward for information leading to a conviction in this disappearance. If you have information, contact the L.A. County Sheriff's Department at (323) 890-5500 .