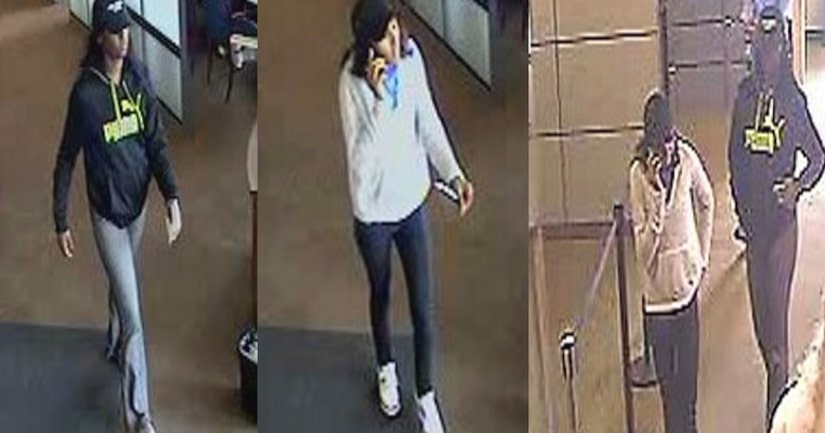 Investigators said the women entered the J.P Morgan Chase bank at 19507 North Freeway at about 2 p.m. and handed a teller a threatening note demanding cash. However, officials said the women left that location empty-handed.

Thirty minutes later, officers said the same women entered the J.P. Morgan Bank located at 929 East Little York Road. The women presented a threatening demand note, then verbally threatened they had a gun, according to investigators. The women reportedly left with an undisclosed amount of cash.

No weapon was observed by witnesses and no one was physically hurt during the second robbery, according to the FBI.

Investigators believe the same women robbed the J.P. Morgan Chase Bank located at 13706 East Freeway.in a similar manner a couple of hours later. After presenting a threatening demand note, the women left with an undisclosed amount of cash.

In each of these robberies the women got away with an undisclosed amount of cash. No one was physically hurt during either robbery.

The women are described as 18 – 24 years old with skinny builds; one is about 5'4” tall and the other about 5'8” tall. The women were last seen leaving the area in a newer model silver Volkswagen Jetta occupied by two men, the FBI said.

Crime Stoppers of Houston is offering up to $5,000 for information leading to the identification and arrest of these bank robbers. If you have any information, please call the Crime Stoppers tip line at 713-222-TIPS (8477) or the FBI Houston Field Office at (713) 693-5000.