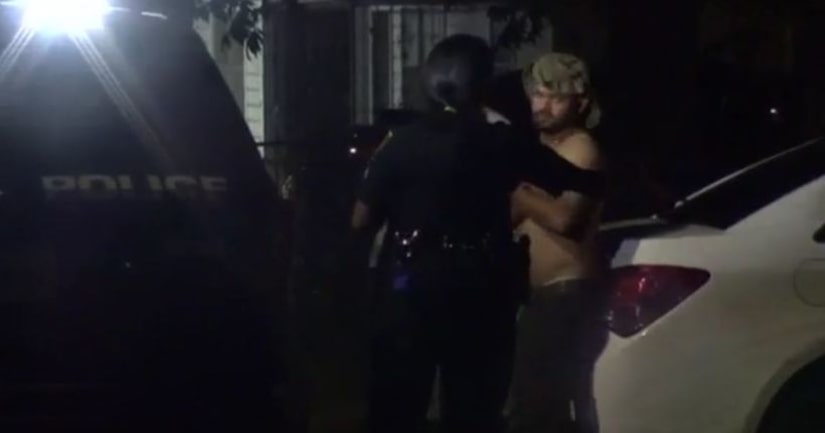 HOUSTON -- (KIAH) -- One suspect is dead and another wounded after a home invasion in northeast Houston.

Four masked men busted their way into a home at 4 a.m. where the Garcia family were sleeping.

“I didn't know what was happening until I saw the man holding a gun to my mom's head,” said Ruben Garcia.

19-year-old Garcia keeps his bedroom door locked at night, not that it helped.

“They yelled that if I didn't open up the door, they were going to shoot my mom and they hold her hostage at gunpoint,” Garcia said.

They pistol whipped Garcia's brother and father, then tied up him, his younger sister and mother with laces from his own shoes.

“As this was happening a neighbor heard what was going on and obtained a gun. He came out confronted the suspects. There was some kind of shootout during which the two suspects were shot,” said Lt. Larry Crowson with the Houston Police Department.

Although not just any neighbor. It was actually Garcia's uncle who lives next door.

The uncle shot one suspect dead and the other he caught in the leg.