A Sacramento woman has been charged in an alleged scheme to extort money from her parents while Yeoman was missing, the Sacramento Bee reports.

Shortly after Yeoman vanished, a “Finding Alycia” Facebook page set up to help find her began receiving messages from someone offering information and asking for her parents' phone number, the complaint says.

The same day those messages were sent, April 4, 2017, Yeoman's mother's cellphone began receiving text messages, including one that read, “You want to seee(sic) her again pay me or shes (sic) dead. She owes me for stealing my dope,” court documents state. Another read, “You go to law enforcement ill(sic) know. So you want your pretty little princess back then corporate(sic),” court filings say.

The FBI began tracing the communications through Facebook and phone records that ultimately led them to Reno, Nev., where they arrested Young on prostitution charges following an undercover sting, court documents say.

Detectives have announced a huge development in the case of missing college student Aly Yeoman.

Aly Yeoman, 20, had just left a friend's house in Northern California and was heading home on the night of March 30. It appears something horrible happened on her way back to her place. She was reported missing on April 1.

Days later, on April 5, Yeoman's truck was found stuck in the mud in a walnut orchard, but she was nowhere to be found.

On Sunday, May 7, a fisherman saw a body in the Feather River that runs near the orchard. Monday, authorities identified those remains as Aly Yeoman.

On the night Aly vanished, she met a 37-year-old man for dinner. Aly and the man were seen eating at an Indian restaurant in Yuba City. Then they reportedly went to his house and were joined by other partiers. She reportedly drank some wine and then later headed home.

Aly apparently took the back roads to get home. Her ex-boyfriend Leo Altamonte told Crime Watch Daily Sacramento affiliate KTXL she often does that when she had been drinking.

When she doesn't show up for work the next morning, a frantic search is launched. Her truck was found stuck in the mud in the middle of a walnut orchard. Investigators find a single set of footprints leaving a trail from her truck.

Surveillance video from a nearby farm shows Aly's truck driving up to and around a gate leading into the orchard. Sutter County Sheriff's Lieutenant Dan Buttler took us to the exact spot where Aly's truck was found.

A few feet away, on the levee, Aly's cellphone was found.

Aly Yeoman had been missing for five weeks before her body was found.

The night Aly vanished, she met a mystery man for dinner, believed to be the last person to have seen her alive.

Crime Watch Daily tracked down 37-year-old Mike Lizarraga, a contractor in Yuba City, California. He agreed to speak, telling us he met Aly only once before when she was on a date with his nephew.

"I had nothing to do with the disappearance of Aly," said Lizarraga.

On the day she disappeared, did she reach out?

"She said 'I'm coming to Yuba City, what are you going to be doing either Wednesday or Thursday?'" said Lizarraga. "I said 'Why out of nowhere you just hit me up and was like "Hey I'm coming to town, you want to hang out"' -- she's like 'Well, I just really liked the way you talked to people, you seem like you listen pretty well.'"

Lizarraga says all Aly wanted from him was some dating advice.

"She did talk about how she had a crush on somebody, and she's just like 'I just want to know, you know, am I trying too hard?'"

Mike says after dinner at the Indian restaurant in Yuba City, she invited herself to his house.

Lizarraga says his son and one other couple were there too.

"She's like 'OK well I got a bottle of wine,' I'm like 'I've got some wine too,' and she's like 'Well, I'm gonna come by,'" said Lizarraga. "She was chugging my bottle of wine, I was like 'OK, maybe she's in party mode right now.' I was like 'You should probably pass out on the couch right now and go to sleep' -- 'No, I can't, I got to wake up at five o'clock in the morning, get ready, I gotta be at work by six.' I was like 'OK, I get it, I get it, but you have been drinking.' 'Oh I know, but I know the back roads really well.'"

But when Aly allegedly took the back road somehow her truck ended up stuck in the mud at the walnut orchard. That's when she seemingly vanished into thin air.

"I said 'I don't care, whatever it takes, you guys can do whatever, polygraph, whatever you want.'"

Does Lt. Buttler believe anyone at that house or Mike Lizarraga himself had anything to do with Aly Yeoman's disappearance?

"At this point, based on the interviews we've done and the surveillance and phone records we've obtained, I don't think so," said Buttler.

Was Aly kidnapped? Is she the victim of an accident?

Aly's body was taken to the coroner's office in Sacramento for an autopsy. 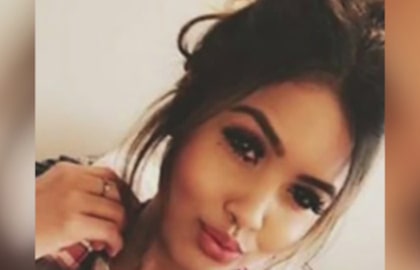 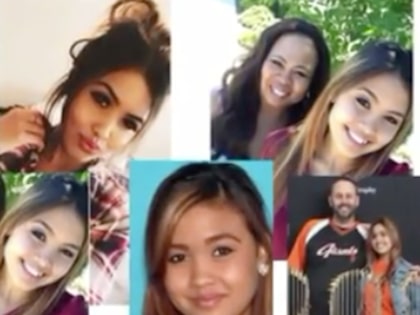 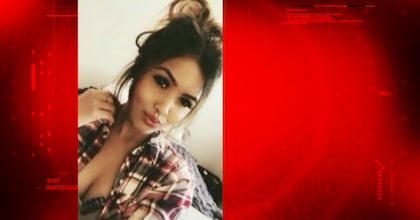