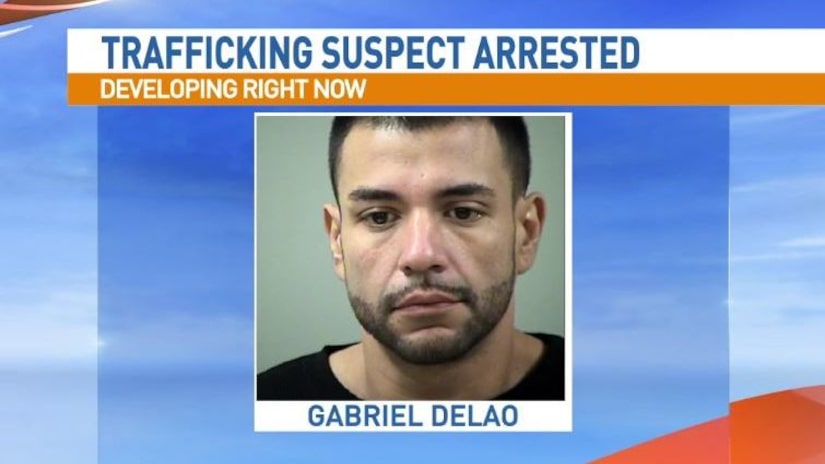 Gabriel De La O, 33, is accused of using his employee discount and credit card to book rooms that were used to prostitute two girls, according to an arrest report.

In return, investigators say he obtained drugs while hanging out in the rooms where the prostitution was occurring.

De La O is one of nine people accused of taking part in a sex trafficking ring.

De La O is charged with human trafficking. He remained behind bars on Tuesday morning.

The Texas Department of Public Safety identified the other eight suspects last week.