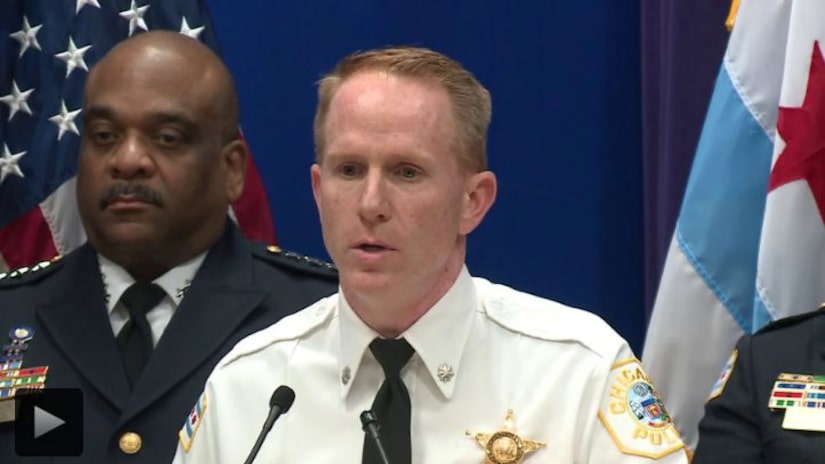 During a press conference Sunday morning, Area Central Commander Brendan Deenihan described the events that led to a suspect, who police say they have identified, opening fire on two plainclothes officers with an assault rifle and injuring them. They have since been released from the hospital.

According to police, on May 2 around 6:30 p.m. officers responded to calls of a juvenile that was shot while riding in a black SUV at 21st and Halsted. Recognizing some of the people in the SUV as La Raza gang members, police said, the 9th District officers decided to get their covert van and follow the vehicle. But Deenihan said the passengers inside the SUV realized they were being followed, and likely made calls that led to what came next.