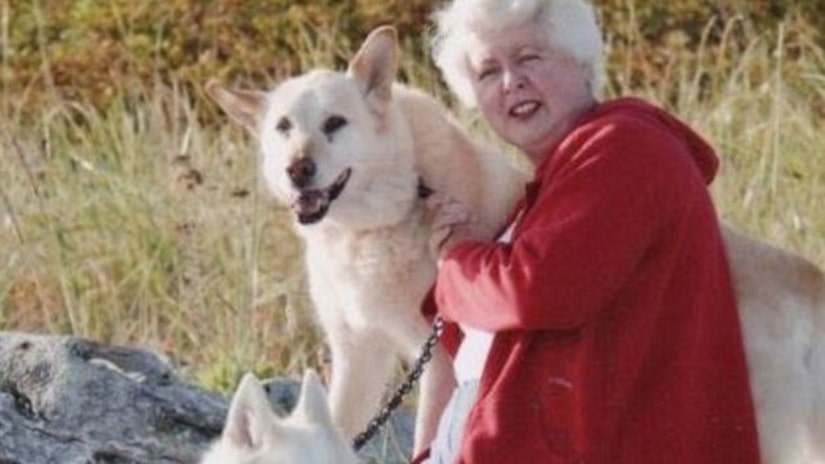 PORT ANGELES, Wash. -- (WOAI) -- As she was being beaten to death with a fireplace poker, a Sequim woman told her attacker over and over again, "I love you," court documents say.

Cynthia Little, 71, was found dead in her home Thursday. Her dog, which was also dead, was found alongside her.

She was a grandmother figure to the 18-year-old Bainbridge Island man who has been arrested in her death, court documents say.

He had received pain medicines for dental work and a change in his anti-psychotic medication on April 30.

After that, he began to hear voices and experience hallucinations. Court documents said the young man claimed his best friend was an android.

On Tuesday, he threatened his mother with a pencil, telling her she wasn't his real mother, court documents say. The woman and her husband had adopted their son from Russia when he was 1.

Also on Tuesday, court documents say he held the family's pet cat down with such force that it appeared its eyes were bulging out.

He was taken to a facility for a psychological assessment, then released.

On Wednesday, he took the family car and drove to Little's home.

She had him spend the night.

On Thursday afternoon, the teen's parents found her dead, and her father suspected his son, court documents say.

He took a poker and hit her. She fell, got back up and said, "I love you" over and over, court documents say the teen told investigators.